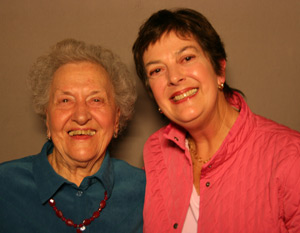 a remarkable woman with an incredible life story, died on the 19th of August 2011, at the age of 96, and went to be with the Lord she loved. She and her quadruplet sisters, Mona Keys Fowler, Mary Keys Anderson, and Leota Keys Hall, were born on the 4th of June 1915, in Hollis Oklahoma, the first quadruplets of the same sex to be recorded in medical history. The Keys Quadruplets were born to Flake and Alma Keys, and the occasion of their birth was so unique that President Theodore Roosevelt telegraphed his congratulations and his astonishment.

From their birth to their early adult life, the Keys Quadruplets were quite a novelty, performing locally and nationally by singing and playing the saxophone. They had many opportunities for stage, vaudeville, and cinema, but their parents chose for them a life of normalcy with Christian values being their primary focus. In 1933, the Keys Quadruplets were offered full scholarships to Baylor University by former Texas Governor Pat Neff. They travelled all over the country, promoting Baylor and then promoting the Texas Bicentennial. While at Baylor, Roberta excelled academically and played in the Baylor Band along with her sisters. In 1941, Roberta accepted a teaching job in Canton, Texas, where she met and married Roland Sarrazin (Rip) Torn. They were married 58 years until his death in 1999. They moved to Houston in 1947 where Rip was a Special Agent in the F.B. I., and later served as a private investigator, a real estate appraiser, and an investor.

Their marriage was one of a kind, fueled by humor and laughter and filled with a zest for living and a passion for serving others, especially those in difficult circumstances. Much of their life and their friendships centered around South Main Baptist Church, where they were both Honored Deacons and served in almost all aspects of church life there.

While at South Main, Roberta saw a need to help the patients at M.D. Anderson Hospital who had no family or friends in Houston. Roberta founded Adopt A Friend, which helped patients with no family or friends who had extended stays at M.D. Anderson. This eventually led to the formation of the interfaith apartment ministry, The Sojourn House. Roberta received numerous awards from M.D. Anderson, along with the Houston Mayor's Award for Volunteer Service, and the Baylor University Abner McCall Humanitarian Award. She is remembered at M.D. Anderson for her humor, her infectious smile, and her ability to get things done. When asked for what she wanted to be remembered, she stated," I want to be remembered as someone who gave back.." In addition to her work at M.D. Anderson, Roberta served as a schoolteacher, a Sunday School teacher and an active participant in PEO, Chapter AX.

Roberta's parents, her four older siblings, Rex Keys, Jacqueline Keys Bennett, Marjorie Keys, and Charles Keys, her quadruplets sisters, her husband, Roland (Rip) Torn and an infant son, preceded her in death. As she stated, "I was the first of the quads to be born, and I will be the last one to die." The family wishes to express thanks to Dr. Luis Campos and to Roberta's caregivers, Matilde Martinez, Anne Dawson, and Pat Kimble.

Friends are cordially invited to a visitation with the family from six until eight o'clock in the evening on Monday, the 22nd of August, at Geo. H. Lewis & Sons, 1010 Bering Drive in Houston. All are invited to gather with the family for the interment service, to be conducted at ten o'clock in the morning on Tuesday, the 23rd of August, at Memorial Oaks Cemetery, 13001 Katy Freeway in Houston. A memorial service and celebration of Roberta's life is to be conducted at noon, also on Tuesday, in the sanctuary of South Main Baptist Church, 4100 Main Street in Houston, where a reception will follow. In lieu of customary remembrances, contributions in memory of Roberta Torn may be directed to the South Main Baptist Church Foundation, 4100 Main St., Houston, TX, 77002; or to the Baylor University Keys Quadruplet Scholarship Fund, 1 Bear Place, Waco, TX, 76798-7026. 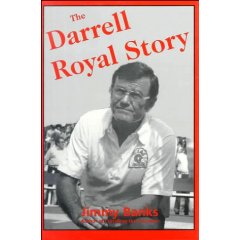 Harmon County Royalty
A Google search will give you his amazing story!