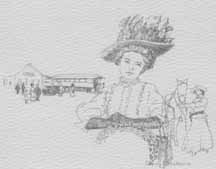 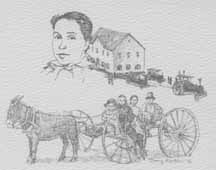 Nothing remains to mark the site of Emma, the once thriving county seat of Crosby County. In the spring of 1890 several families moved from Estacado to the central part of the county that was being settled.

R.L. Stringfellow and H.E. Hume, owners of a general store in Estacado were the founders. In 1890 a post office opened, and in 1891 Stringfellow and Hume laid out a town site and named it Emma, after Emma Savior, who later became the bride of Stringfellow.

As settlers from Estacado and East Texas started moving into the area, residents of Emma called for a county seat election, hoping to lure businesses to the new community. On Oct. 14, 1891 an election was held and Emma defeated Estacado for the county seat by 109 to 103. The courthouse that was built at Estacado was razed and rebuilt at Emma, plank by plank. Even the nails were straightened and reused. It was the most impressive building in town. J.W. Murray was offered a house and property to move the Crosby County News from Estacado to the new townsite. With new businesses moving in, Emma prospered, and had several churches, a post office, a school, a bank and an estimated population of 800.

Unfortunately in 1910 the railroad came through and bypassed the town by five miles. On September 17, 1910 Crosbyton defeated Emma in a new county seat election by a vote of 198 to 120.

After some legal struggles the county seat was moved to Crosbyton. By October 1910, the majority of businesses and many residents had moved from Emma across the prairie to Crosbyton in a caravan consisting of four tractor engines, twenty two mules and thirty men. The old courthouse was hauled to Cedric, a budding community near Ralls, that also lost out in the contest with Crosbyton for the county seat location. On Aug. 15, 1911 the Post Office was moved to Ralls, and Emma became a ghost town. Today a curve in state highway 207, 3.8 miles south of Ralls, TX marks the location of the town site.

Moving Courthouse from Emma to Cedric, 1911
This was a death blow to Old Emma when the courthouse was torn down and the lumber moved to Cedric. 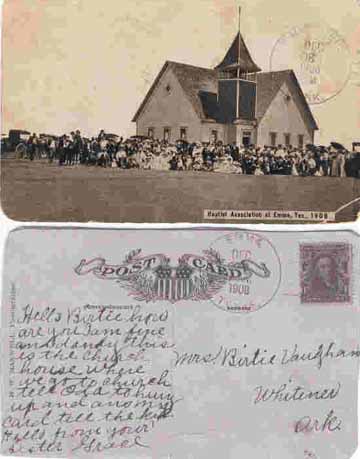 Baptist Association of Emma 1908
Click on image for larger view

This site may be freely linked to but not duplicated in any fashion without my consent.
The information on these pages is meant for personal genealogical research only and is not for commercial use of ANY type.