Jones County, Texas
The Beginning of the Frontier

Hi, my name is Faye Elder, I would like to welcome you to the Jones County TXGenWeb Project. I'm very glad you stopped by and hope that you find this website useful for your genealogical research. I'm always in the need of help in getting data on-line. If you'd be interested in helping, please let me know. I may not be able to help with specific research questions, but should you have any questions or comments regarding the Jones County Genealogy Project, please e-mail me. 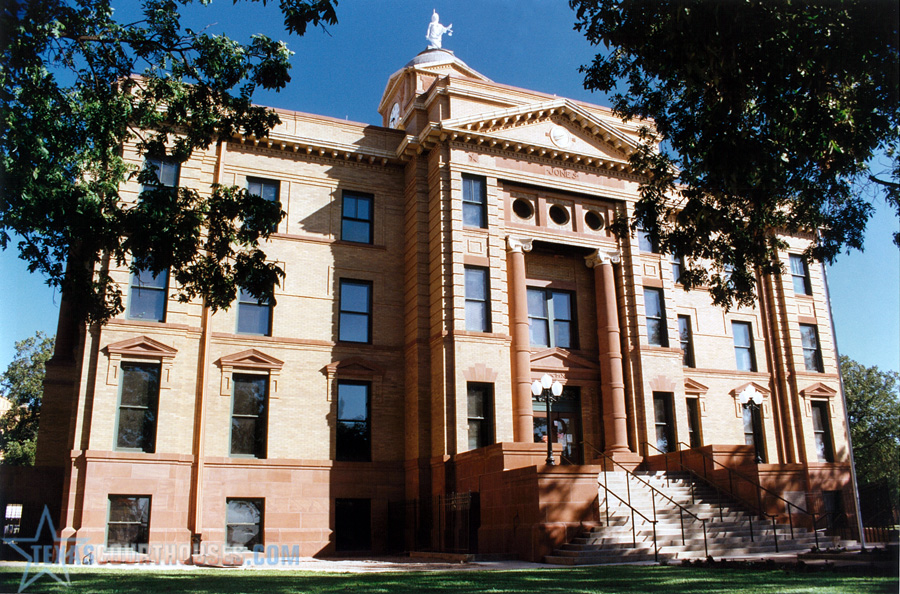 Jones County was named for Anson Jones, statesman of the Republic
of Texas. Nomadic Indians inhabited the area in the 1850s including Kiowa,
and Comanche. In 1851, the second line of frontier forts produced Fort
Phantom Hill. Randolph Marcy detailed his visit to Jones county while
surveying for a short cut to the gold fields of California. Fort Phantom Hill
enjoyed a short time in defense of the area, it was abandoned in 1854. The
Butterfield Stage coach used one of the buildings until the Civil War came
and disrupted all transportation.

Jones County was organized on February 1, 1858, from land in Bexar and
Bosque counties. During the Civil War, Indian depredations and the War
kept the county from being settled. It was 1872 before the settlement
made a better stand at encouraging settlers to the area. The Indian threat
was removed by 1875 which brought the influx of buffalo hunters.
Stock farmers brought the Longhorns into the area to take advantage of
the grass covered range. Ranches were established including the
Swenson Land and Cattle Company in 1882. By this time, the
population of Jones county was 546 and the county was officially
organized in 1881 with Jones City as the county seat.

Have a question or comment?
Interested in contributing information?
Want to volunteer with lookups?
Need help looking for someone?

Thanks for taking the time to visit.

You are our [an error occurred while processing this directive]visitor -- thanks for stopping by!


© Copyright 2017  Faye Elder Permission is given to copy small portions of this website for personal use only. This entire file and/or website may not be copied or duplicated. Commercial use is prohibited without expressed written permission. That includes, but is not limited to, all photographs.

Thanks to Rootsweb for giving Jones County TXGenWeb
pages a home! Visit them to learn the benefits of joining Rootsweb.


Thank you to past county coordinator: Hugh Swift for his
untiring ability to help those interested in history and
family research. Hugh Swift maintained and researched
this site from 2003-2012. His efforts on behalf of
others will continue to be recognized. Thanks Hugh!