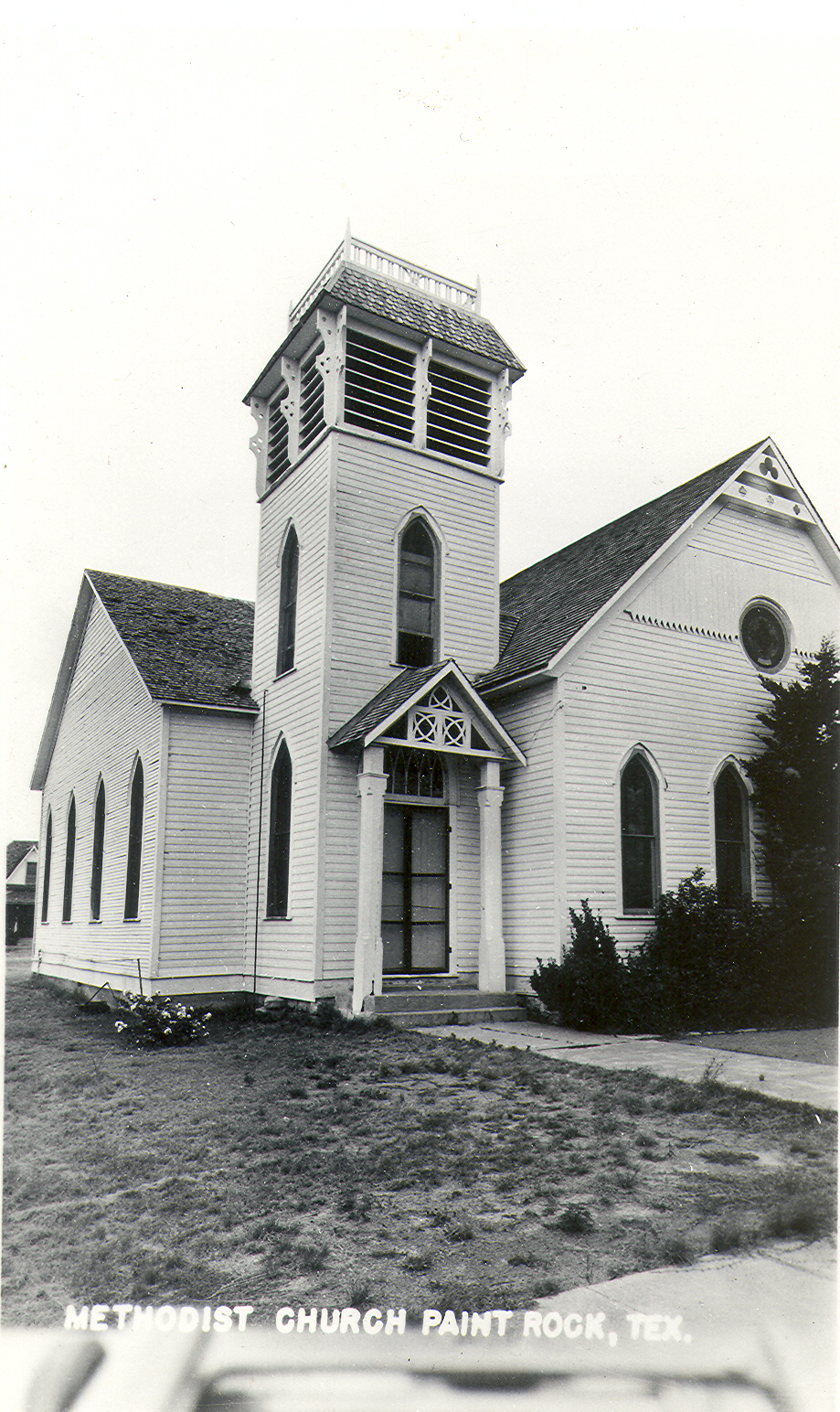 If you can date this picture please email me.

At 11 o'clock, Cora Ellen Sims Campbell will preside over a program in the church sanctuary, which will include recognition of visiting members and stories about past experiences. Former Pastor Paul Terry will lead the singing.
After the program is concluded, a barbecue lunch will be served in the Educational Building. Serving time is noon until 1:30 p. m. there is no charge for the meal but donations will be accepted to help defray costs.
The main event will begin at 2 p. m. Pastor Mark Deaton is coordinating the afternoon program which includes music by the Lake View choir and organist and Bishop Ernest T. Dixon, Jr. delivering a message prepared for this special occasion.
The daylong celebration will conclude with the opening of the cornerstone and revealing of its contents. Passed down through the years is a list of items believed to have been placed in the stone. The list includes a sealed letter from a young lady, a Bible, barley, corn, a bottle of wine, and names of Masons responsible for laying the cornerstone.

In 1945, after much controversy, stained glass windows were added to the Paint Rock Methodist Church. Traditionalists feared the windows would ruin the appearance of the building. Time has proven otherwise, and the windows have added new beauty to the historical building. The windows ranged in price from $48 to $100 and were purchased in Dallas by Mrs. Louise Hartgrove and Mrs. Jack Houston. Mrs. Scott Hartgrove was scheduled to accompany the other ladies but had to cancel when her mother became ill. Following is a list of the names placed on the twenty-one-treasured windows:

Board President Addresses Members
And Friends of the Methodist Church

The church has come a long way since August 26, 1891 when the cornerstone was laid by the Grand Master of Texas. The church added classrooms to the south side of the building during the late 1920s and in 1945 the Women's Society worked to add rich beauty to our church- our beautiful stained-glass windows. The members worked together in the late 1950s to build the Educational Building for the spiritual growth of its young members.
I would like to thank all the members and friends of the church who have worked hard this past year to make the anniversary celebration a reality.
God has blessed this little "Church in the Wildwood" for one hundred years with caring and dedicated members. It is my hope and prayer that God will continue to shine his light on this beautiful, loving church.
W. F. Houston, Jr.
Chairman of the Board 1952-1991

Ernest T. Dixon, Jr., resident bishop of the San Antonio area, will deliver the sermon during the 2 p.m. order of worship. His sermon will be entitled "100 years: Claming, Celebrating and Challenging."
Bishop Dixon is the present administrator and episcopal leader of more than 122,220 members in approximately 482 United Methodist churches.
He began his career in 1943 as pastor of the Methodist church in Brackettville. From Texas he traveled to Harlem, New York; Summit, New Jersey; Tuskegee, Alabama. In 1965-59 he ws president of Philander Smith College in Little Rock, Arkansas, and in 1972 he was elected a bishop of the United Methodist church. He served the Kansas area until he was transferred to San Antonio.
Bishop Dixon was born in San Antonio on October 13, 1922. Three children survive from his marriage to Lois Brown, deceased. He and Ernestine Gray Clark were married twelve years ago.
He holds a bachelor of arts degree from Samuel Huston College in Austin and a bachelor of divinity degree from Drew Theological Seminary in Madison, New Jersey. In addition, Bishop Dixon has acquired numerous honorary degrees.

Mark Stephen Deaton currently serves as pastor of the First United Methodist Church of Paint Rock.
Born in Lubbock, Texas to Wendell S. and Fanette C. Deaton, Mark is married to his high school sweetheart, the former Cynthia Gayken. They have tow daughters. 14-year-old Taryn Shawn and eight-year-old Patrice Lenore.
Mark is a graduate of Pan American University in Edinburg, Texas, where he earned a bachelor of business administration degree in management. he is a recent graduate of Austin Presbyterian Theological Seminary in Austin, Texas, earning a master of divinity degree.
A second-career clergyman, Mark was a sales manager for National Motor Club for 13 years. He served last year as interim pastor for St. Paul United Church of Christ in Lochart, Texas.
Rev. Deaton is a proud father and husband. Taryn will be a freshman at San Angelo Lake View High School this term while Patrice will be a third grader at Goliad Elementary. Taryn loves playing the guitar and doing mission work. Patrice was the only girl in an all-boys baseball league this summer.
Cynthia is a certified Christian educator and has served 12 years as weekdays ministries director and director of Christian education at Manchaca United Methodist Church. She has her own district call to vocation, working with children and youth.
Mark is serving his first year as a fulltime United Methodist pastor. He serves both the Paint Rock and Lake View United Methodist churches.

Back to Main Menu

Back to Church Histories Menu

Thank you George and Danny for allowing me to use your work.