This page is dedicated to all who have served our country.

On September 22, 1921 the following article was in The Baylor County Banner.  The article tells about the bodies of  Noel H. Graham and Reed Morris being returned to Baylor County after their deaths and previous burial in France. 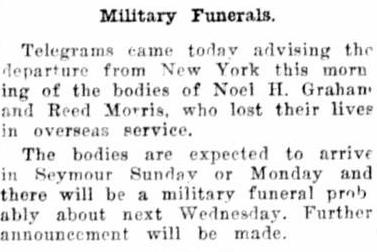 The bodies of Columbus "Reed" Morris and Noel Hayden Graham arrived in Baylor County on the morning of Sunday, September 25, 1921. Squads of soldiers kept guard over them, at the courthouse, until their funeral on Tuesday, September 27, 1921.

Two soldiers who slept in the land where they fell now repose in the land of their birth and among loved ones and friends. -Baylor County Banner 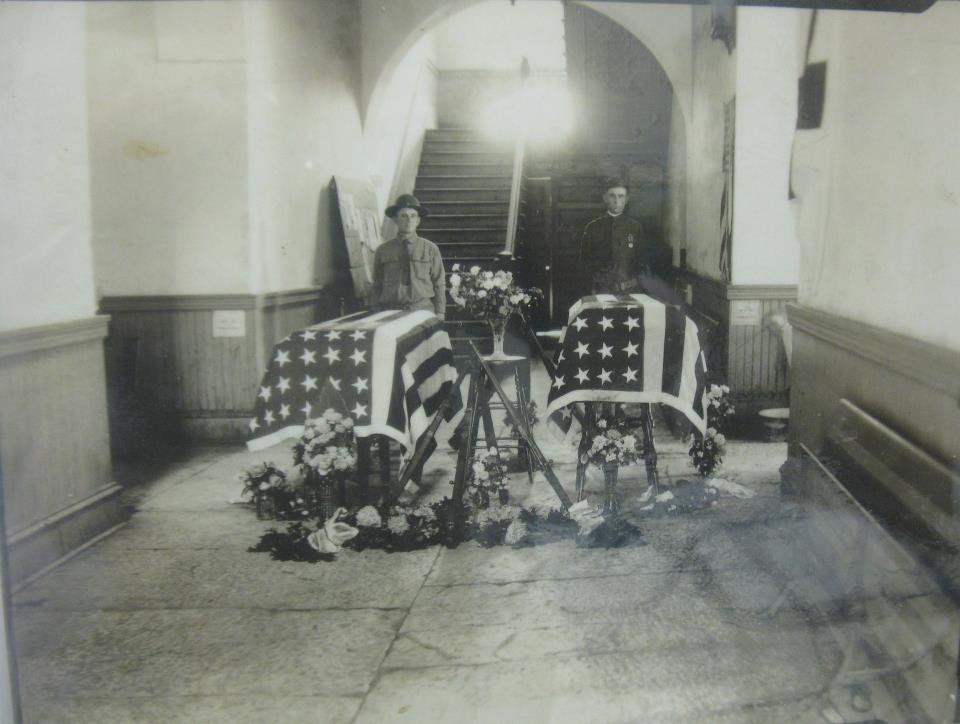 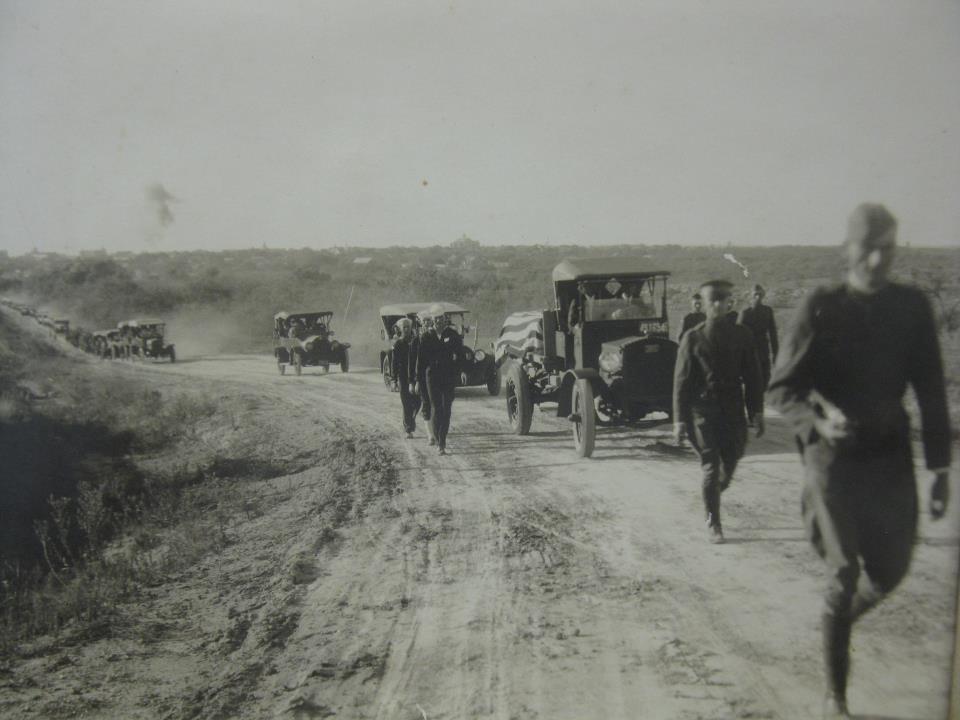 On September 29, 1921 this article, and the thank you note that follows, appeared in The Baylor County Banner. 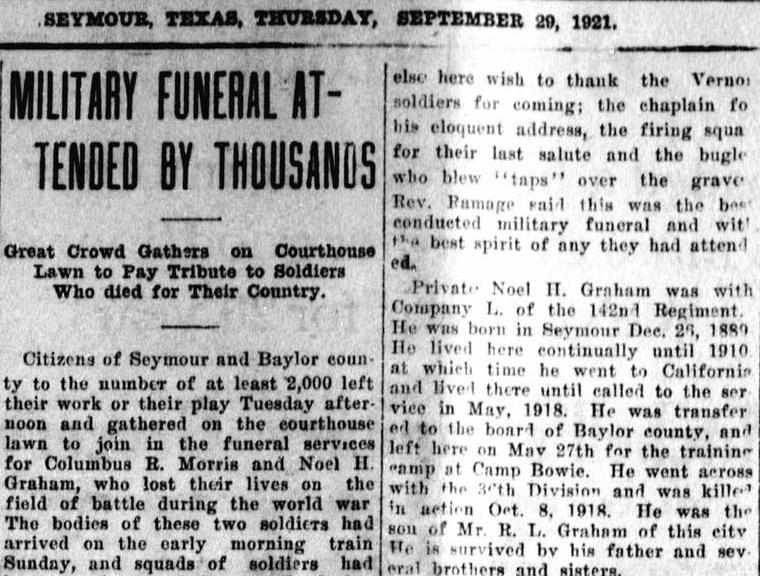 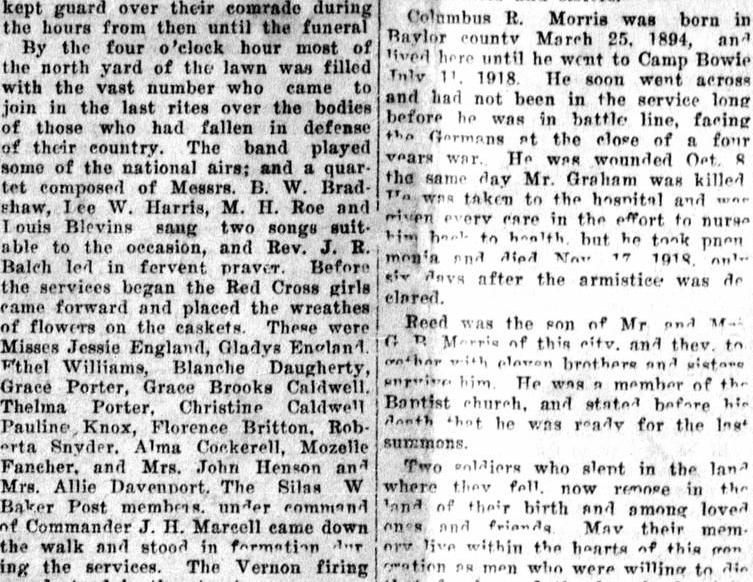 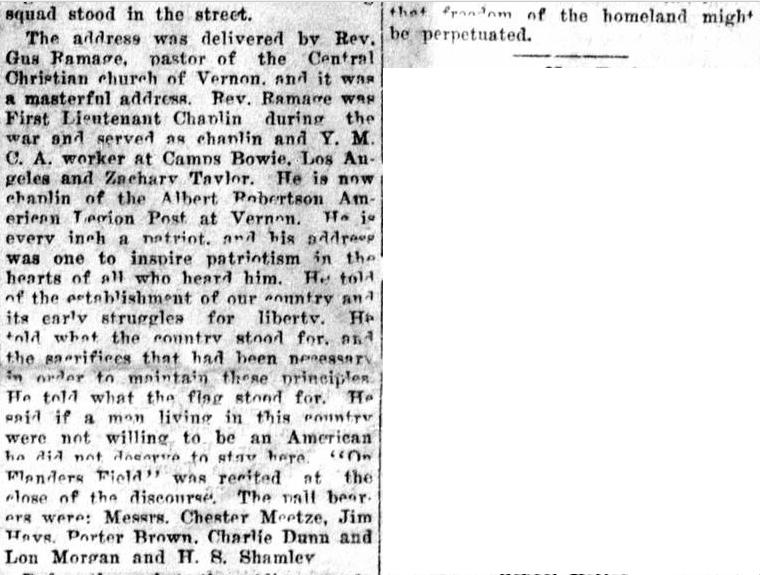 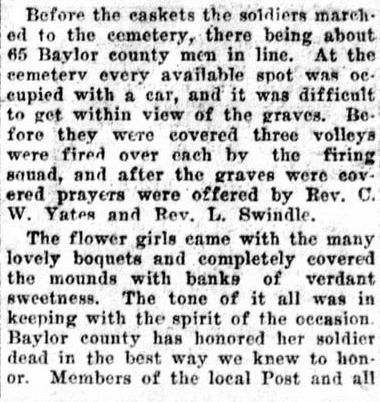 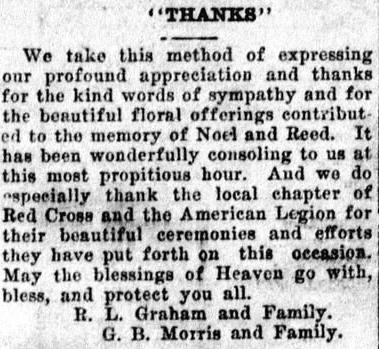 These medals, given to Noel Hayden Graham, are on display in the Baylor County Museum. A letter with the heading

GENERAL HEADQUARTERS of the FRENCH ARMIES OF THE EAST.
STAFF
Personnel Bureau
(Decorations)
states that Private Noel H. Graham "displayed extraordinary heroism in engagement near St. Etienne, October 8 to 10, 1918. In spite of heavy artillery and machine gun fire, he succeeded in effecting a continuous advance thereby continuing to the success of his unit." 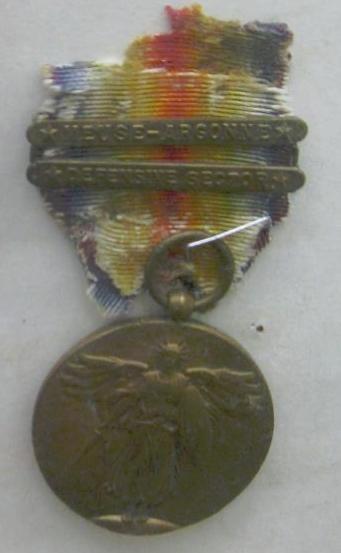 This flag, with only 48 stars, draped the casket of Noel Hayden Graham while in France.  It is on display at the Baylor County Museum. 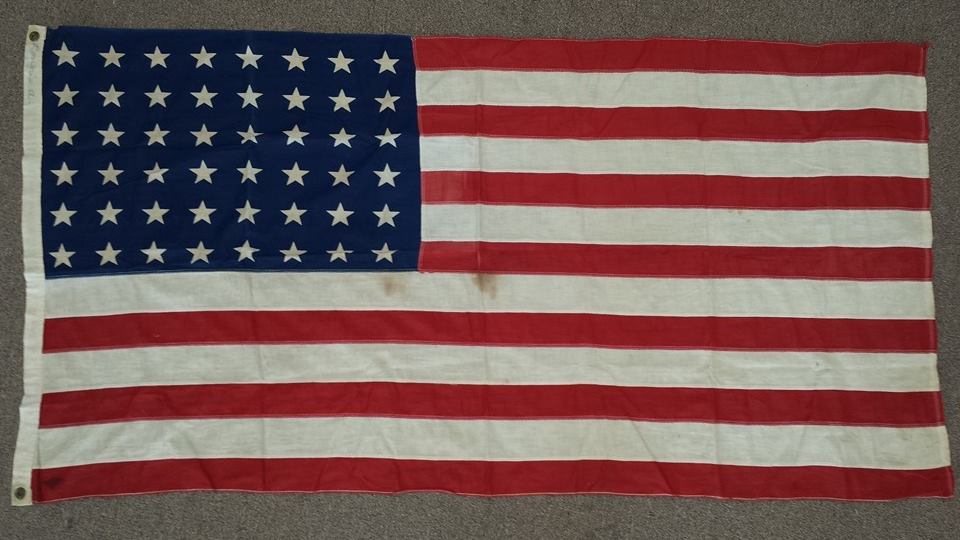 Back of Reed Morris' headstone at the Woodmen Cemetery. Reed was killed in France in 1918 and brought back to Seymour in 1921.

The stone in the top right corner that resembles a log is also the monument of a WWI soldier and Baylor County resident placed on the Honor Roll. W. L. Blankenship "died of disease" in Glasgow Scotland. Many lives were lost to influenza at that time. 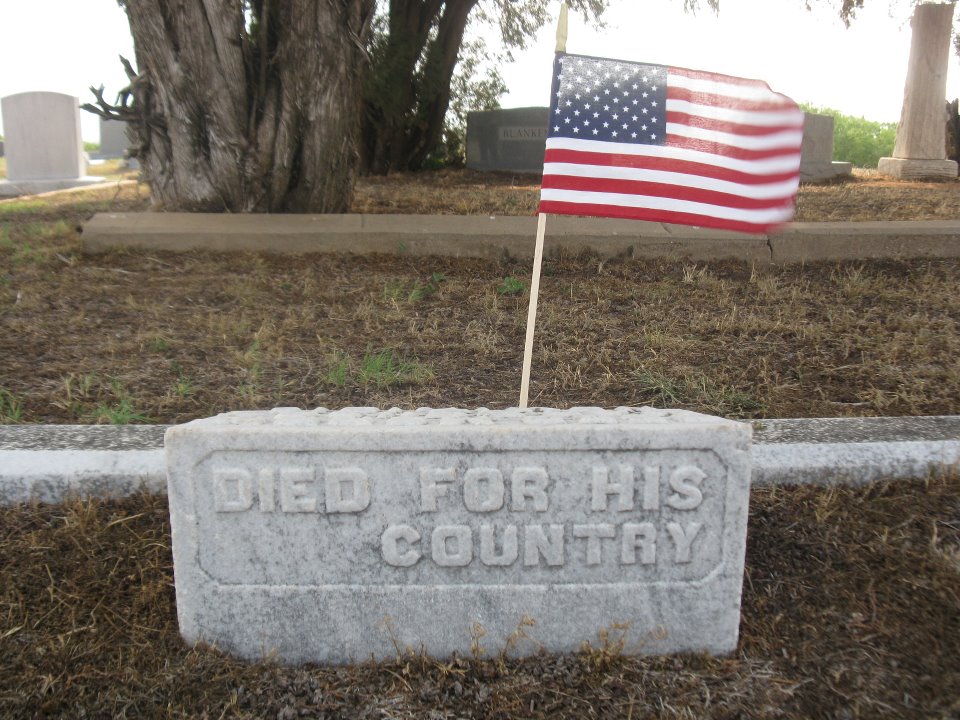 The following is from a 1919 Seymour High School yearbook called The Jackrabbit.

Since it is a little difficult to read  I have typed the information below the pages. 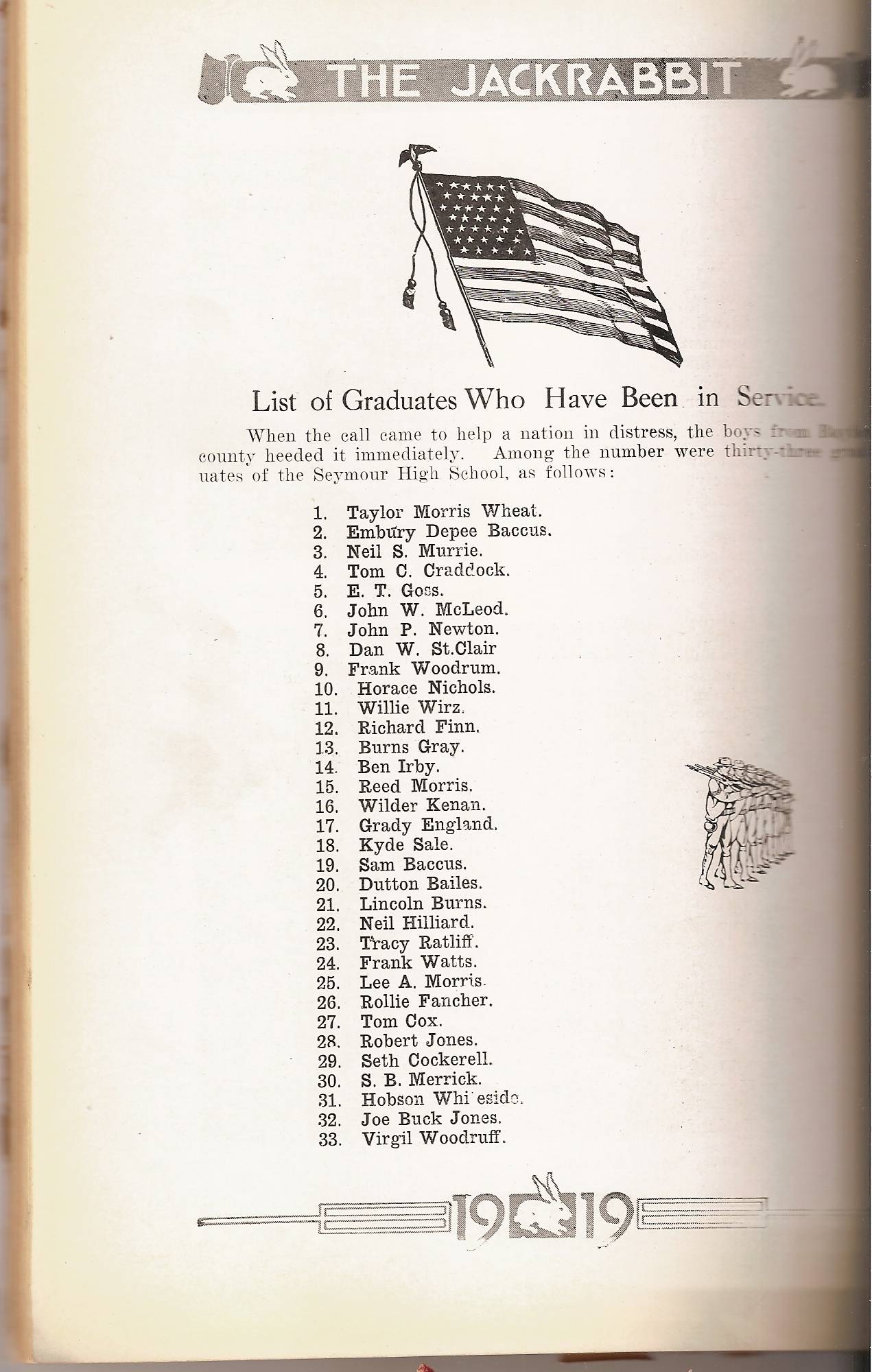 When the call came to help a nation in distress, the boys from Baylor

County heeded it immediatley.  Among the number were thirty-three graduates

of the Seymour High School, as follows: 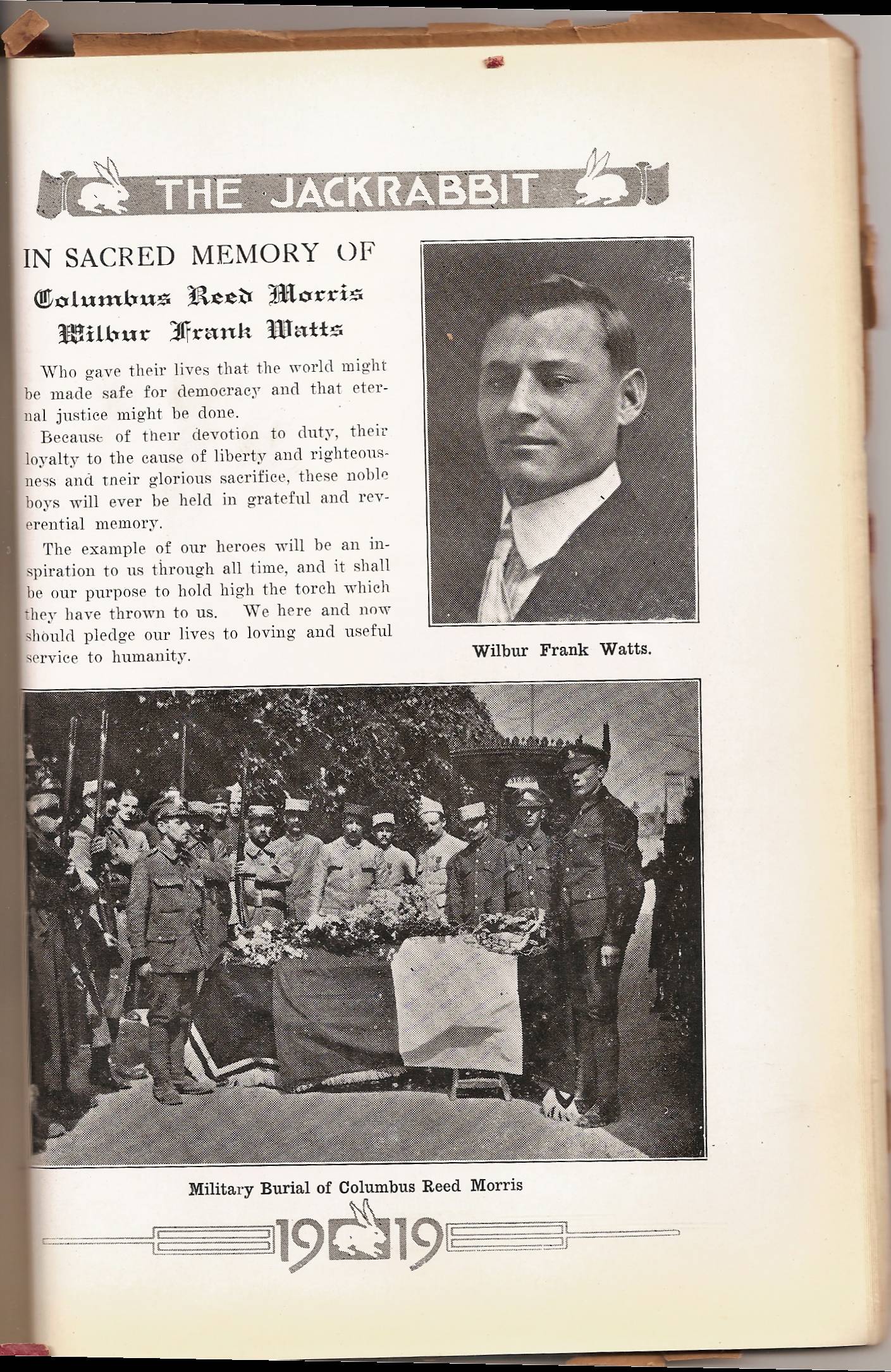 IN SACRED MEMORY OF

Who gave their lives that the world might be made safe for democracy and that eternal justice might be done.

Because of their devotion to duty, their loyalty to the cause of liberty and righteousness and their glorious sacrifice,  these noble boys will ever be held in grateful and reverential memory.

The example of our heroes will be an inspiration to us through all time, and it shall be our purpose to hold high the torch which they have thrown to us.  We here and now should pledge our lives to loving and useful service to humanity.

Click the link below to view an article and photos of