The Arsenal in Onondaga County

The Arsenal in Onondaga County

In the early days, Onondaga was one of the most important military posts in New York State.  In 1808, an act was passed authorizing the Governor of the State to deposit five hundred stand of arms at Onondaga, for the defense of the frontier, and such quantities of ammunition and military stores, as in his opinion would be necessary in case of an invasion.  The Governor was also authorized and empowered to provide, at the expense of the State, a suitable place for the keeping of said arms and military stores, in good order, and fit for immediate service, and to appoint keepers of said places of deposit.

The building was erected in 1810 on a hill half a mile east of Onondaga Valley.  It was an Onondaga limestone structure two and one-half stories high, and soon after its completion was filled with stores and ammunition sent there by the secretary of war.  It was built by New York State and used by the United States.  Limestone for the construction was obtained from the quarries on what was part of the House farm.  On its roof were two huge wooden cannons which indicated the purpose of the building.

During the war of 1812 Nicholas Mickles was commissioned by the government to cast shot and shells for the army and navy.  These munitions of war were stored at the old arsenal and later sent to Sackett's Harbor and Oswego to be put into use.  Jasper Hopper was a United States Commissary agent for procuring and distributing rations at the arsenal to the army on its marches to and from the frontier during the War of 1812.  Captain Beebe owned and kept a tavern near the court house, and in the war of 1812 kept the arsenal at the valley.

It was abandoned in 1815 after the war of 1812 ended, when the necessity for its maintenance had passed, but the last time the arsenal was used by the State was during the Civil War when Brig. Gen. John A. Green of the National guard, stored a quantity of State arms there. 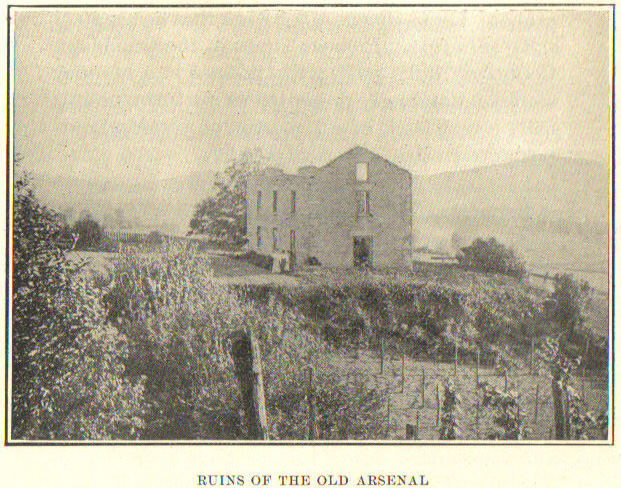 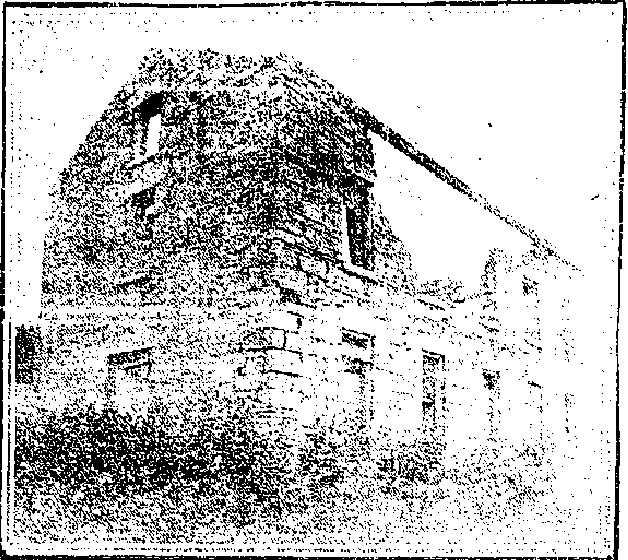 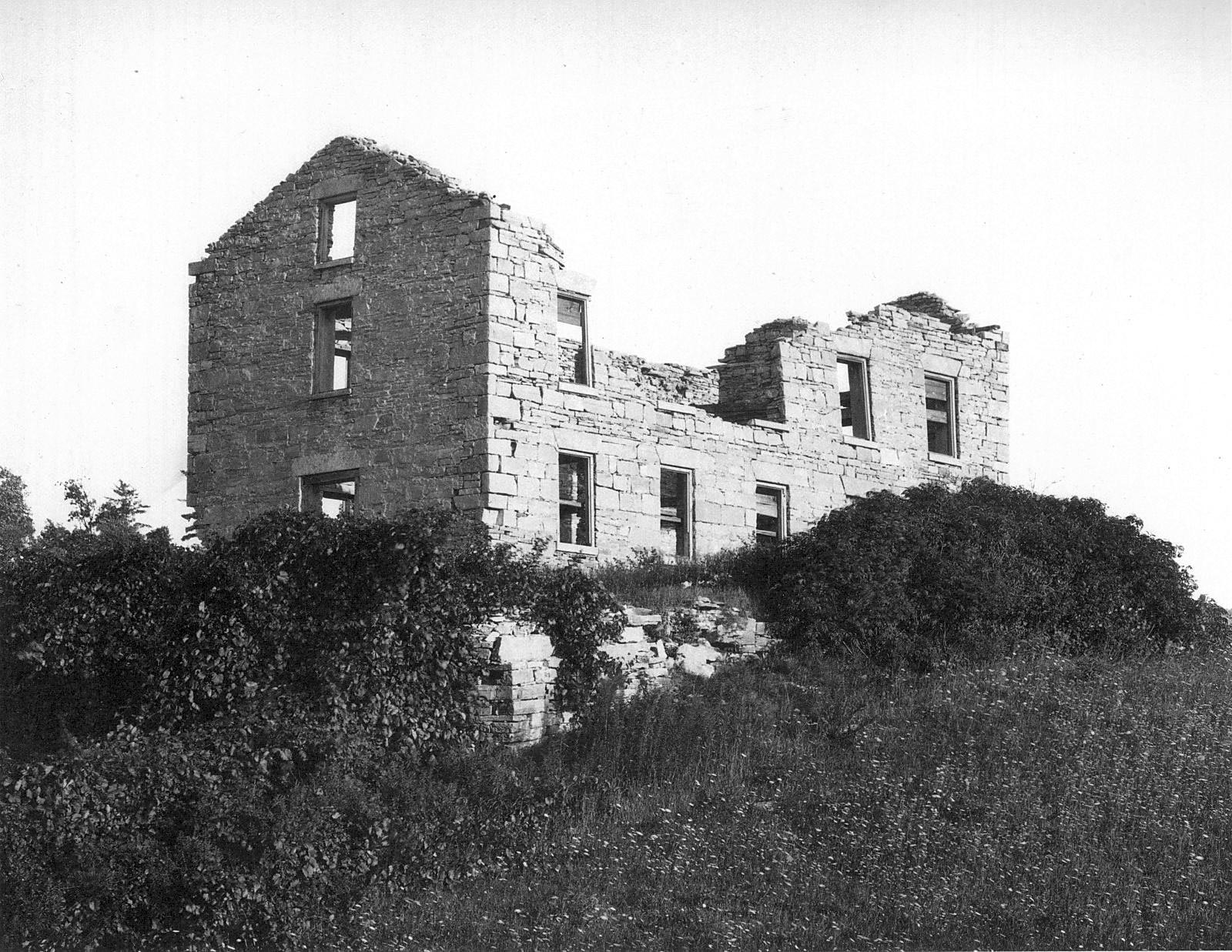 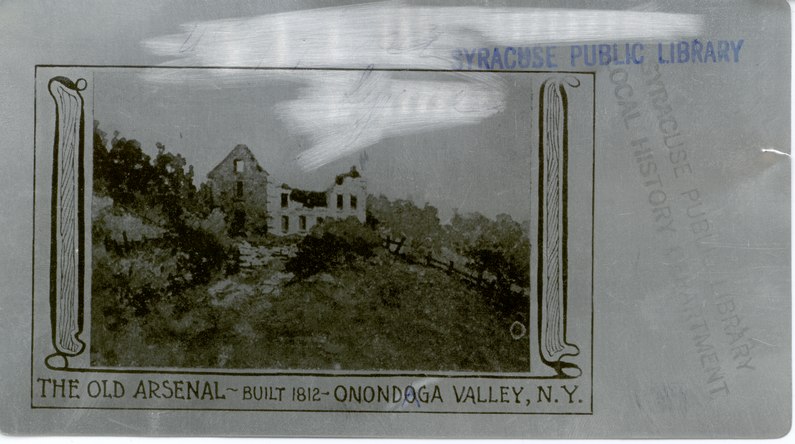 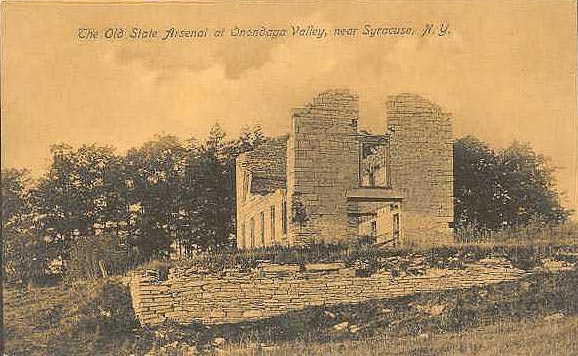 The Old State Arsenal of Onondaga Valley, near Syracuse, NY 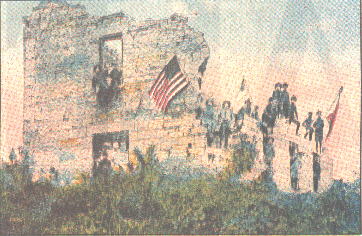 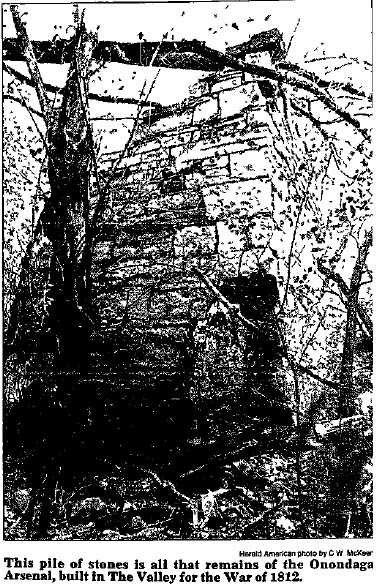 
With the old arsenal in ruins, the only relic of the War of 1812 remaining in Onondaga County are two graves and a monument at the top of West Seneca Turnpike Hill.  One grave is that of Capt. Benjamin Branch of the U.S. Light Artillery, who died Oct. 14, 1813 in Onondaga Hollow as his company was marching through that village.  Capt. Branch's company was encamped on what is known as Academy Green when he was stricken with a fatal illness.  He was from Virginia.  The other grave is for Capt. Henry Crouch who died in the spring of 1814.

Frosts of winter, driving rains of spring and fall and suns of summer annually take their toll on the arsenal.  Each year the ruins grow smaller.