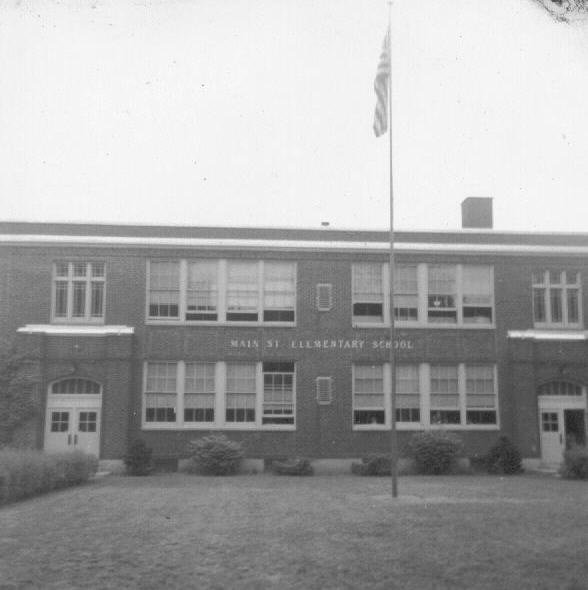 Main Street Elementary School, Main Street, North Syracuse, New York, Spring 1964. Although it was used as an elementary school in the 1960's, the same building was previously North Syracuse High School (c. 1940's). It is still in use today (as of 1995, as some sort of daycare center for preschoolers, I believe). 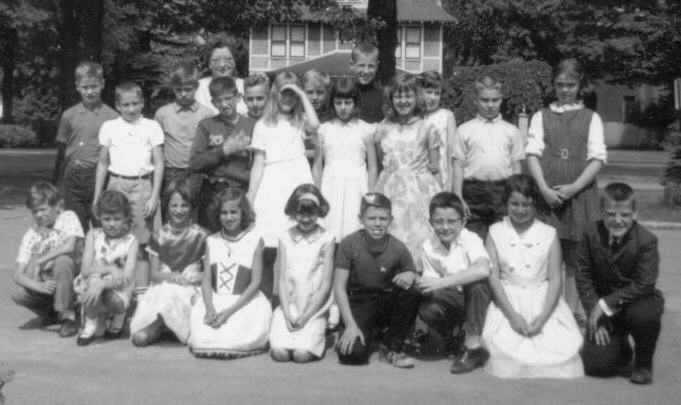