Photo #44 From Carole Taylor
These two photos were side by side in an album, which was owned possibly by my husband's great-grandmother, Ida BUTTS (born 15 Apr 1859 and died 22 Jan 1932 in Syracuse, NY) and who married 5 May 1880 to Charles VANDENBURGH, as the first photo in the album is of Ida Butts in 1880, in her wedding dress I believe, and marked "compliments of Mrs. C.G. Vandenburgh".
Ida BUTTS is the daughter of Chester BUTTS born in Pompey and Charlotte ROMER born in New York City.  They do not look like many of the BUTTS photos I have seen, but I am not discounting it.
On the backside of the stern looking gentleman: "H. L. Baker, Photographer" all in caps and if it were stamped on with blue ink
On the backside of the woman's photo:  "Bonta & Cutiss" in a banner in front of the block letters "B & C", "16 South Salina St. Syracuse, NY" and "1880-1" - none of this is handwritten...all part of the type.
Both photos are 4" long by 2-1/2" wide in size.
Any help out there identifying these?  Thanks. 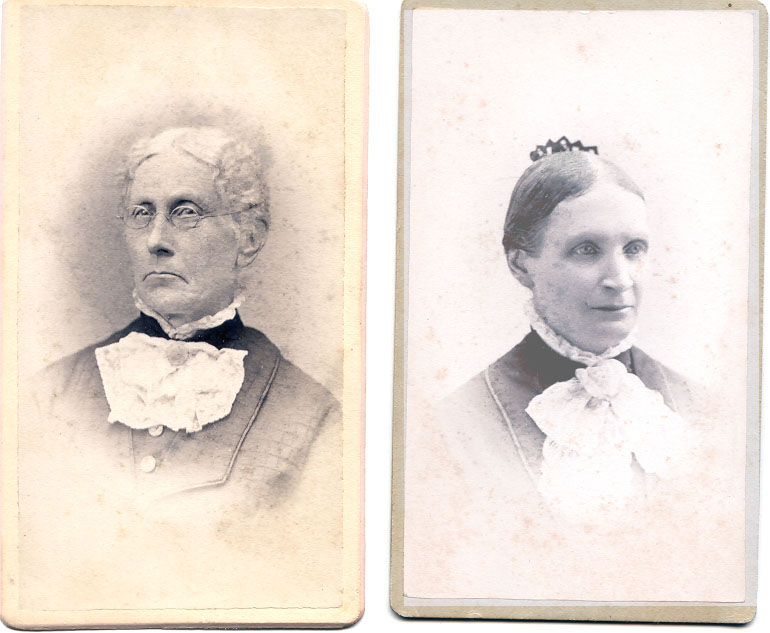 This photo comes from an older photo album (the album is 4" x 5")  that belonged to my husband's great aunt Carrie L. Butts, as it is identified in the front cover: "Carrie L. Butts Present From Father 1870".  Carrie was born 14 March 1854 in Syracuse, so it looks like it was a present when she was 16 years old.  Carrie married 29  Nov 1905 to a Norman Diefendorf who was a widow and himself died shortly after 14 Jan 1909.  Carrie died in 1925 and is buried in the Phoenix Rural Cemetery, Phoenix, NY.
The photo has "W. E. Sparrow, Photographic Artist, Phoenix, NY..... This negative preserved, No. of negative...." on the backside, and is written on the mat-frame that the photo slips into, with the words "Aunt Lottie Breed, nee Potter".
I know a lot about the Butts family background, but this is the first and only instance of a Potter or Breed in the family.  Anyone recognize this family??? Photo #48 From Martha Bowes

This photo is from the Glover family files from Marcellus. 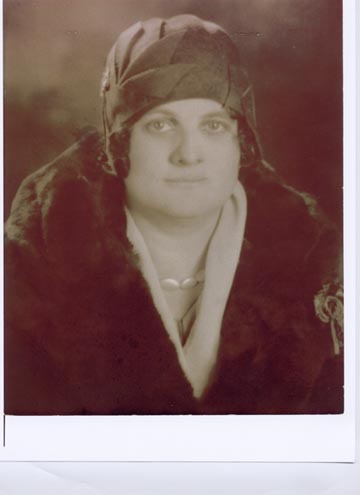