Children of ROBERT SR. and N.N. are:

Children of ROBERT JR. and N.N. are:

Children of REV.JAMES WHITE and SARAH CAMPBELL are:

Children of JOHN WHITE and KEZIAH SICKLER are:

Child of JOHN WHITE and ANNA R. is:

Child of PERNELLA WHITE and HARRY BOWNE is:

Child of WILLIAM WHITE and MARGARETTA HARKER is:

Children of CHARITY WHITE and LEWIS BOWKER are: 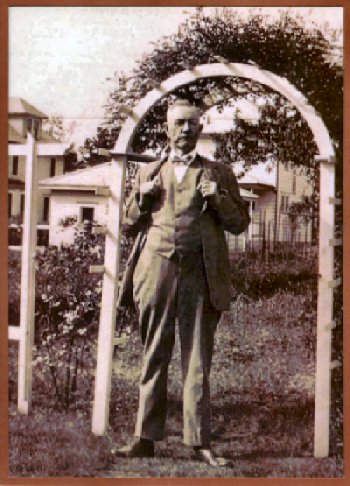 Children of CHRISTOPHER WHITE and HANNAH KERR are:

Child of JAMES WHITE and ANNA WHIFFEN is:

Notes for ELLWOOD STEAD WHITE:
Elwood in 1938 live at Branch Street, Medford, Burlington Co. New Jersey at the Age of 40
He was a Salesman and Widower

Betsy profession was a Cotton Weaver

The family sit out for America in Oct. 2,1907 on the Ship " Friesland " from Liverpool, England.With Carrie Mills and her Father Richard Herbert Mills. They arrived in Philadelphia on Oct. 18, 1907.The other part of the family came two years after.

In Jan. 20 1909 Betsy Woolfender or Woolfenden and son Gerald Mills left Liverpool, England on the ship " Dominion " and arrived in Philadelphia on Feb. 5, 1909 They lived at 3014 Ruth Street Phila,Pa.

Richard Herbert Mills became a citizen in Philadephia and the Untied States on Jan. 18, 1939 They settle in Phila. where Carrie married Elwood Stead White. They then move to Palmyra where Carrie and her family also settle too.