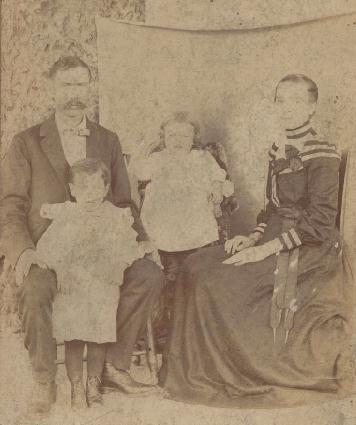 Probable Odoms
This photo of a Union County couple, with two of their children, was probably made about 1900. That would make the couple born circa 1875.
They are probably from the family Odom, Fair, White, Mashburn, or Brackett. They could possibly just be friends of the family.
Any help would be appreciated. 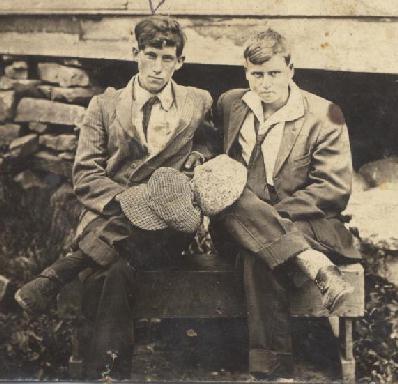 Tom Odom with a friend Carden (or Arden) Ledford.
Tom Odom, son of Washington Odom and Louisa Fair Odom, was born 1901 in Union County. This photo was taken about 1918, probably in Union County. The back of the photo post card is difficult to read, but the friends name appears to be Cardon, or Ardon Ledford.
David writes: "Tom is my great uncle; I would like to find out more about the friend." 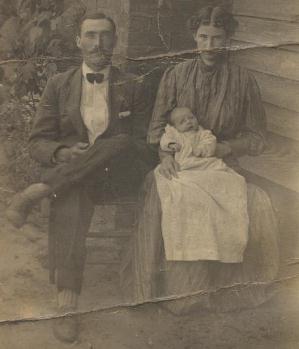 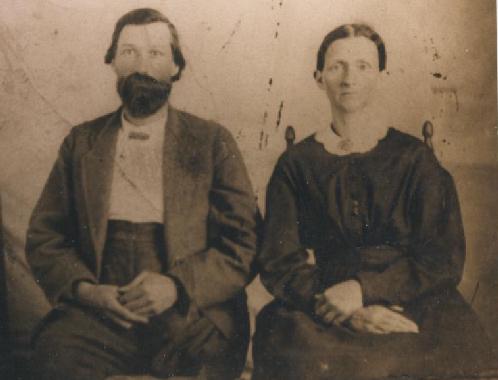 Captain William Reuben Logan (abt 1832 - 1876) and Martha Jane Hughes Addington Logan (abt 1828 - abt 1882)
William lost his right leg in the Civil War Battle of Rasaca. Note that his the photo shows his left leg has been amputated, but the photo is a negative image. Martha Jane was William's second wife; his first wife was Mary Reid. Martha Jane was first married to Joab Addington. She was a daughter of Rev. Thomas M. Hughes, the long time Union County minister. This picture is from a tintype and was taken circa 1870.