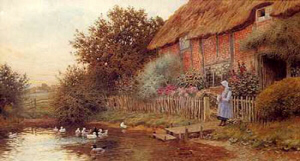 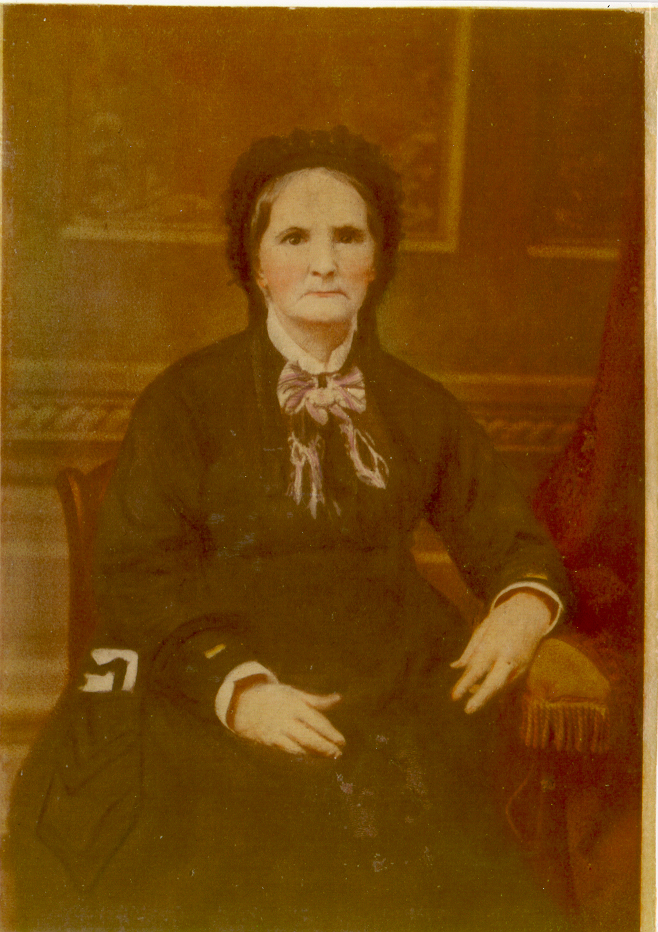 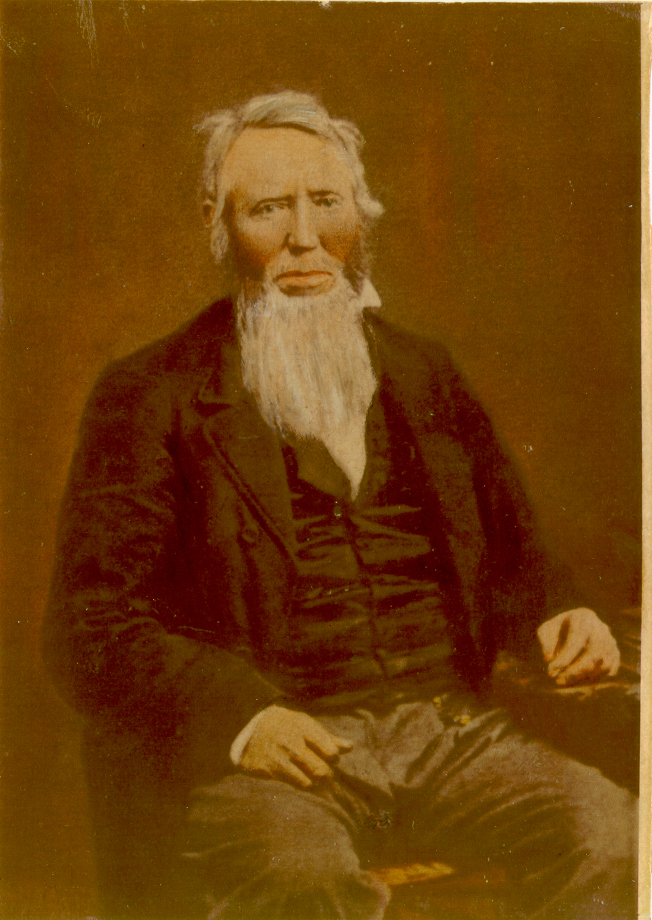 
'Around the Arboretum'
by Richard A. Thompson, 1976.
Compiled and Researched for DuPage County
Historical Society, DuPage Co., Illinois.

Perus Barney was the operator of the saw mill situated on the bridge which still stands as entryway into Hidden Lake.  A dam was constructed north of Butterfield Road, and the mill race extended to the bridge.  Barney's Mill Road ran southeast across the bridge and into the timberlots which area farmers had staked out for themselves.  The trees, mostly oak, along and above the slopes of the river valley, were an essential commodity for fuel, housing and fences.  On their way back from the timberlots, the homesteaders would stop at Barney's Mill to have their wood cut.  Barney's Road was also extended north, along the line of today's Route 53 to the Wheaton Road (now Roosevelt), which had been laid across the center of the county in June, 1842.

Perus Barney was born in Guilford, Vermont, while his wife, Electa Morton, was a native of Norwich, New York.  She was the sister of Luther and Nathaniel Morton, among the first settlers of Lombard in 1834.
The Barneys were married in 1821, living first in Rutland, New York.  In the early summer of 1836 they arrived on a lake schooner at Milwaukee with three oxen, two wagons and iron for a mill.  By mid-August they started the trek south, arriving at the site near the East Branch of the DuPage River where they were to build their new home the following year.  But for that first winter Perus and Electa had to be content with a 14 foot square
shanty.  They remained in the area for 18 years.   Barney was active in the New Bonaparte community.  He, along with Luther Morton and Moses Stacey, the tavern owner, served the Deerfield Precinct of the DuPage County Society for Mutual Protection in 1839.  This was a do-it-yourself police effort to keep out claim jumpers who would try to remove markings of the original settlers when they were away.  Such protective organizations persisted until the government made an official survey in 1842.  Barney also served a brief term as Bonaparte Postmaster. …
Like so many of the first pioneers, they were 'Yankees' …  The way west for New Englanders was by stagecoach to Albany, New York, then on the Erie Canal to Buffalo, and from there to Chicago by ship.

According to the Maryland - National Capital Park & Planning Commission -

As part of the Tricentennial celebration of Prince George's County, "Joshua Barney's Barge," a 4/5 scale authentic reconstruction of a warship of the Chesapeake Flotilla of the War of 1812, will be launched on the Anacostia River on September 5, 1996, at 12:00 noon at the Historic Bladensburg Waterfront Park.

The replica is being constructed by the M-NCPPC in cooperation with the Living Classrooms Foundation of Baltimore and students from Bladensburg High School and Annapolis Road Middle School. The launching ceremony will include artillery drills and gun and cannon salutes commemorating the Battle of Bladensburg in which Commodore Barney and his men fought so gallantly in defense of the nation's capital.

Everyone is welcome to participate in this history-making event. For more information and a schedule of events, please call the Natural and Historical Resources Division of the M-NCPPC at (301) 627-2270