Baylor County's Tom Johnson had an important role in a historic event in Korea.

Tom enlisted in the army in 1958, in Baylor County.  By 1960, he was in Korea, and was given the honor of helping to protect the President of The United States. 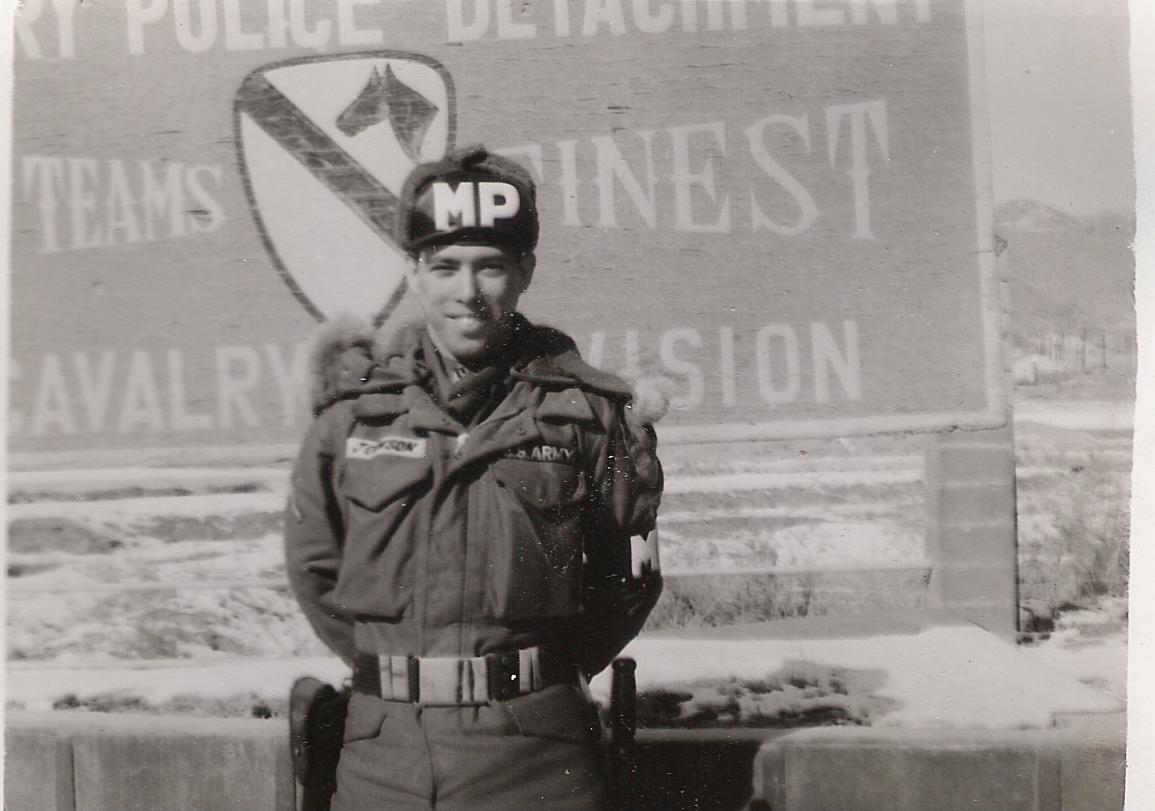 (above photo Tom Johnson in Korea)

The following was written in December 2008 by Tom Johnson.

IKE IN KOREA
By Tom Johnson

I was 19 years old when President Eisenhower came to Korea in June 1960. After joining the Army in 1958, one of my first assignments was to the 38th Parallel separating North and South Korea, where my unit patrolled the DMZ while still under fire. My MP unit was one of several assigned to provide security and guard the President during his visit. Forty-eight years later, I cannot recall the exact location, but I remember it was in the middle of nowhere, and we were sent in early to set up a perimeter and secure the area while the dignitaries awaited the arrival of the American President. It was a much easier area to secure, than it would have been if the meeting had taken place in the city.
I thought he would never arrive, and once he did, I thought he was never going to leave. I think every military unit in Korea had sent troops and Honor Guards for parades, and then everyone had to make speeches. By the time Ike took the podium, I was tired, and didn't hear much of his speech. Of course, the people sitting on the sidelines were cheering and waving the American flag, and our job was to make sure the crowd remained friendly. North Korea was sending infiltrators across the border at the time, and there was always a chance of assassination.
I'm sure the news media covered it in America. There were many reporters in attendance, with cameras and notebooks, but I never heard anything about his visit from those at home.
As I look through these old photographs, I can't help wondering how many of our local boys were marching in those parades or Honor Guards that day, or happened to be on the sidelines listening to the speeches?
I don't know if anyone else has ever seen pictures of this event, but my photos are now up on the Baylor County Museum Website. Please visit this historic event.

The following is a copy of the speech given by President Eisenhower. 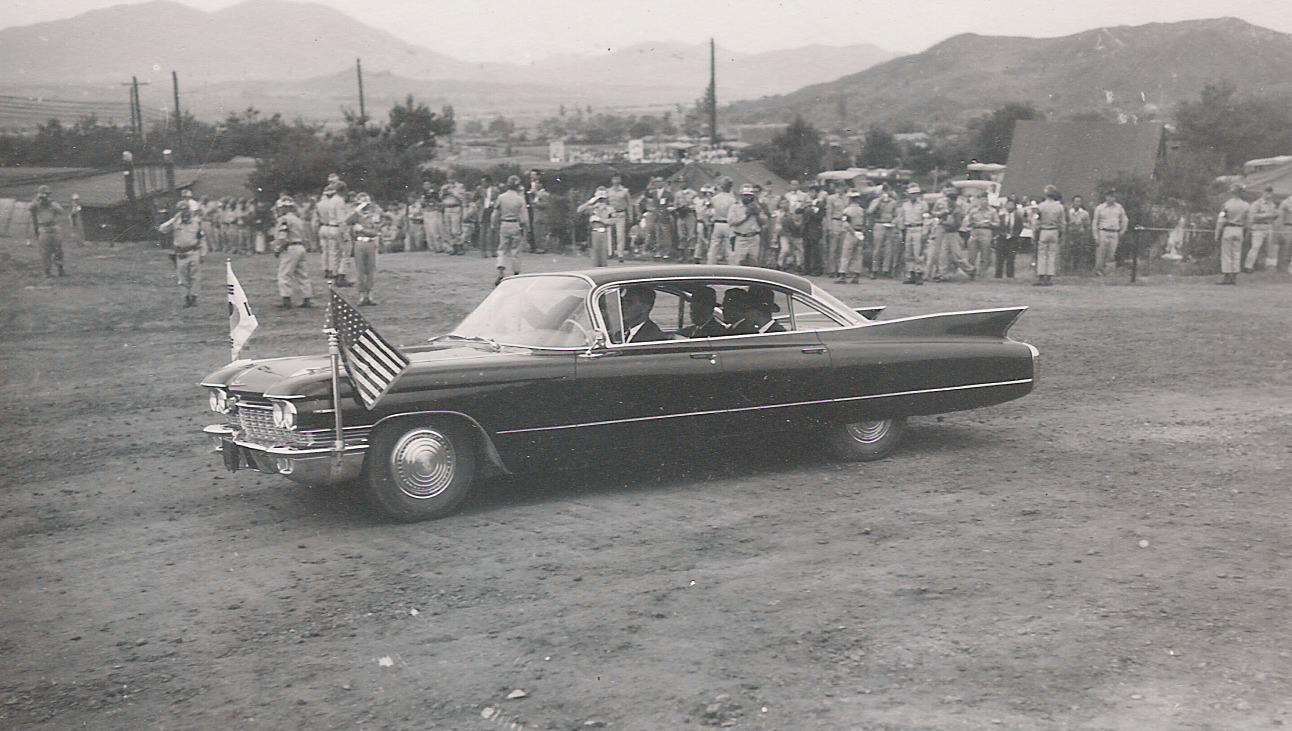 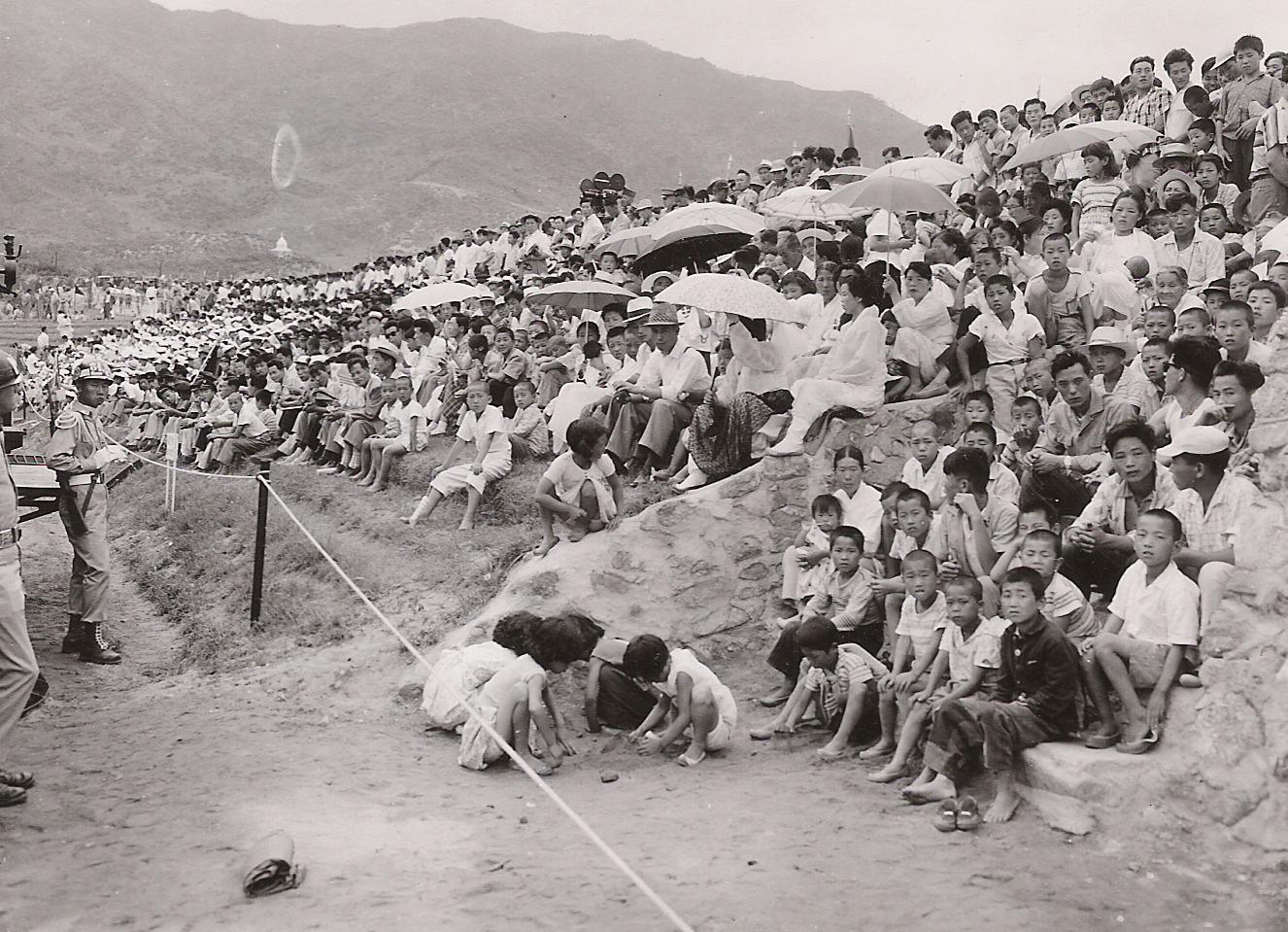 An American MP in Korea 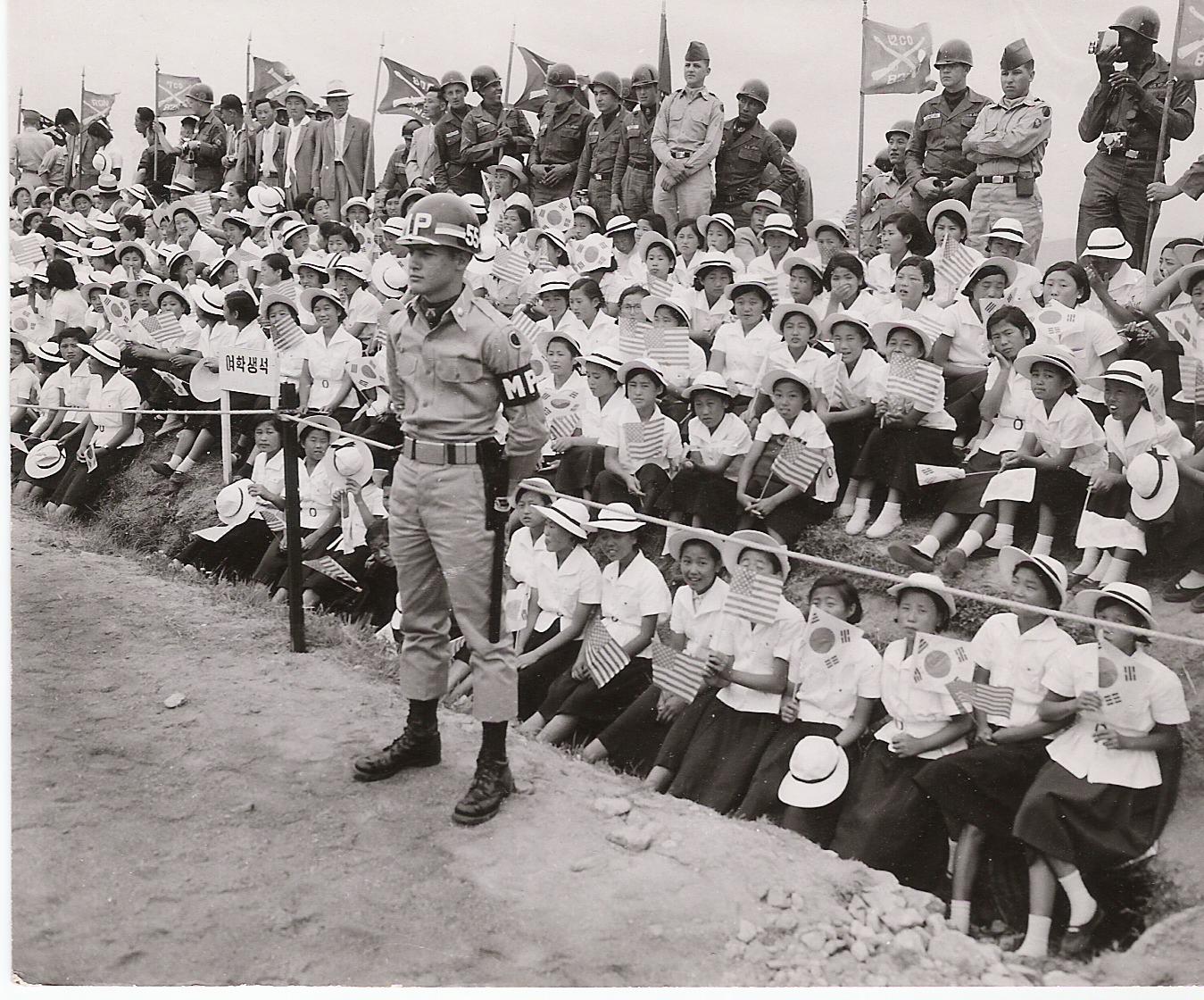 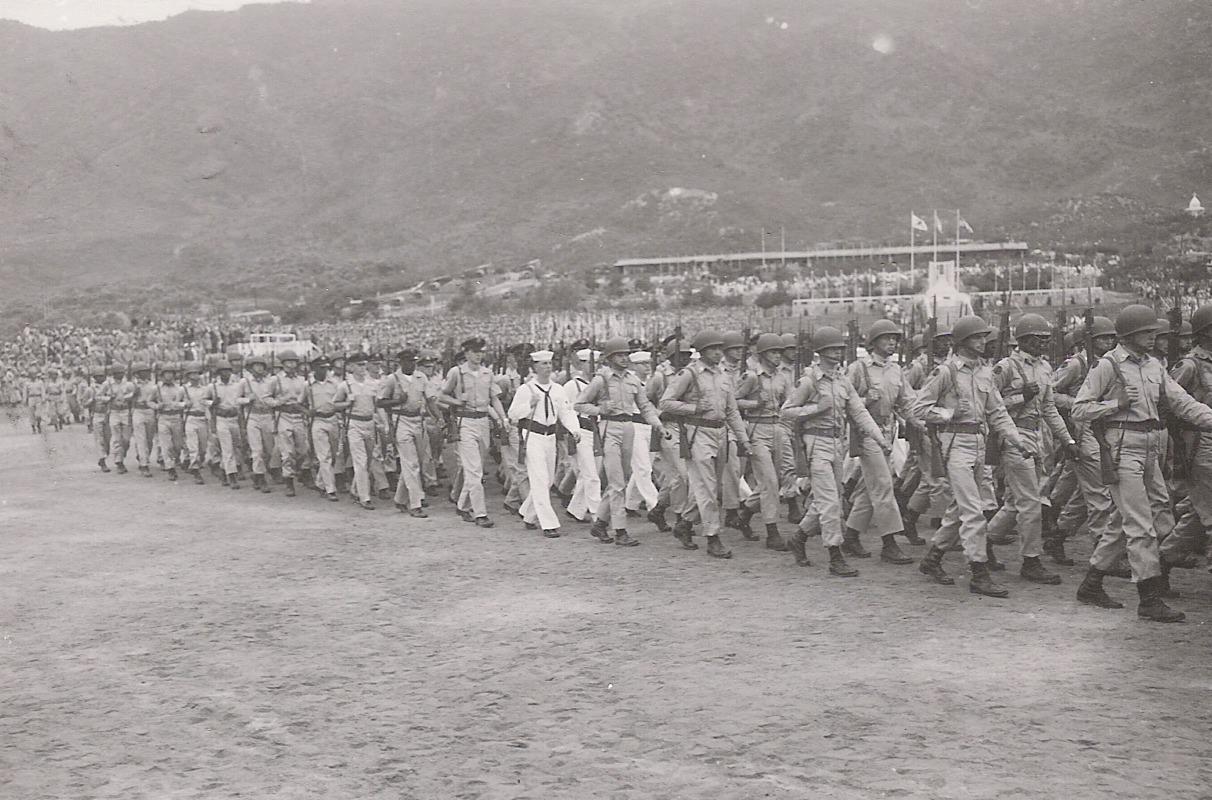 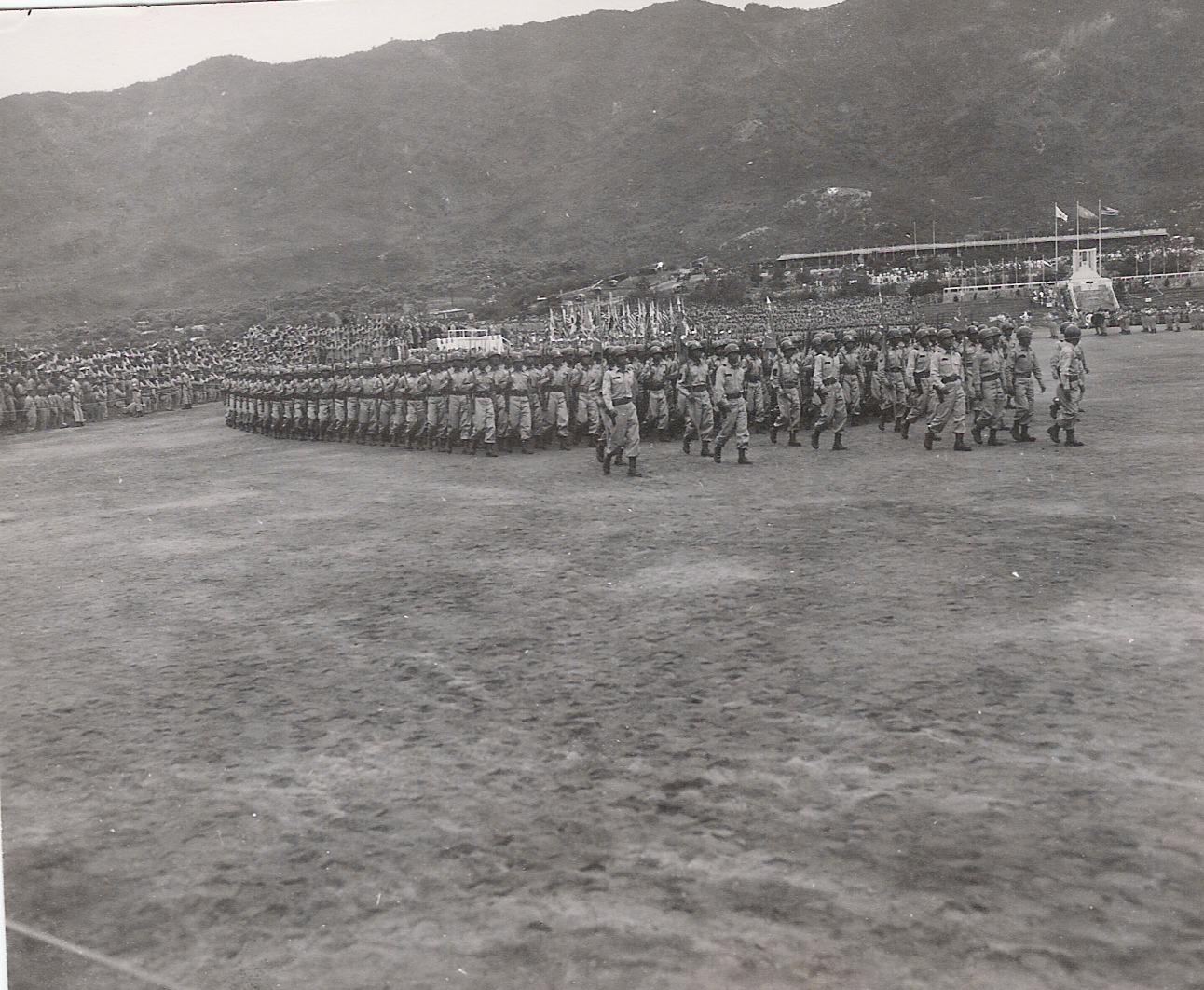 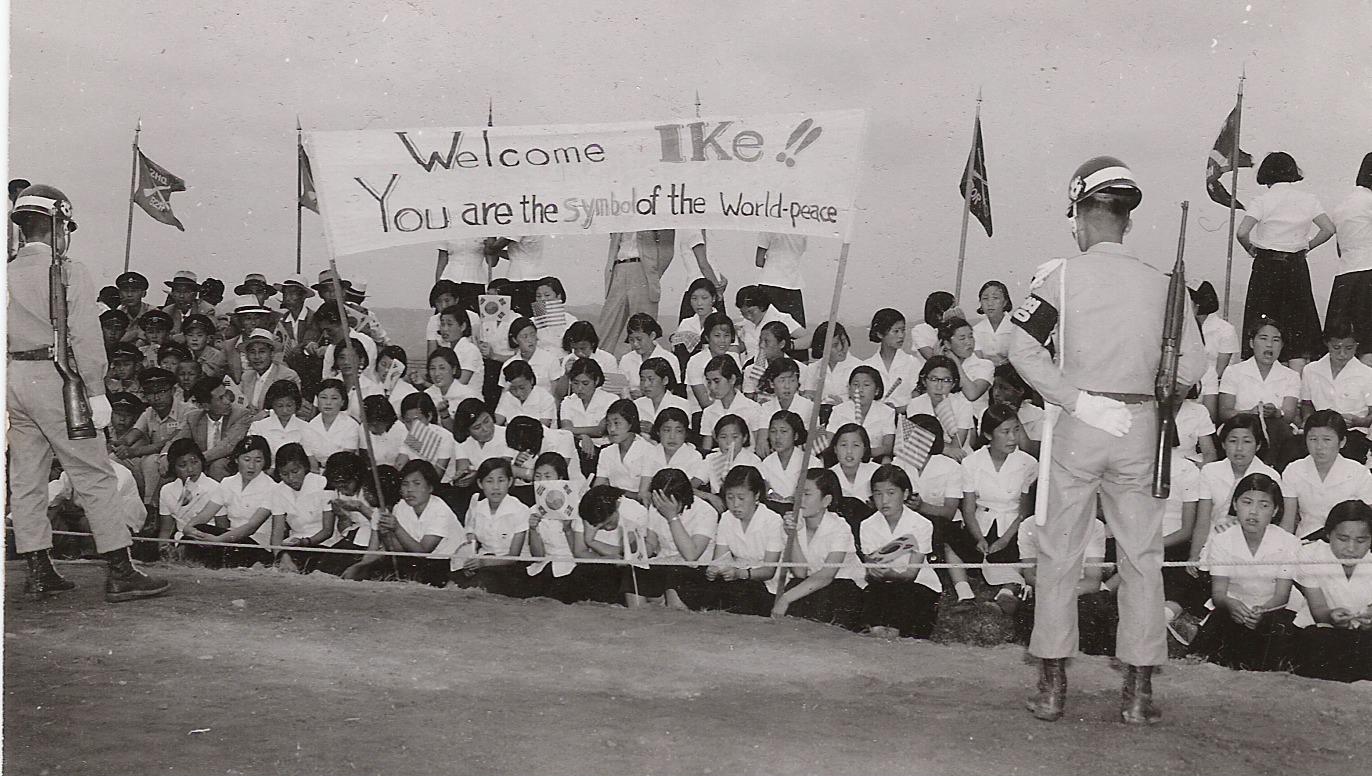 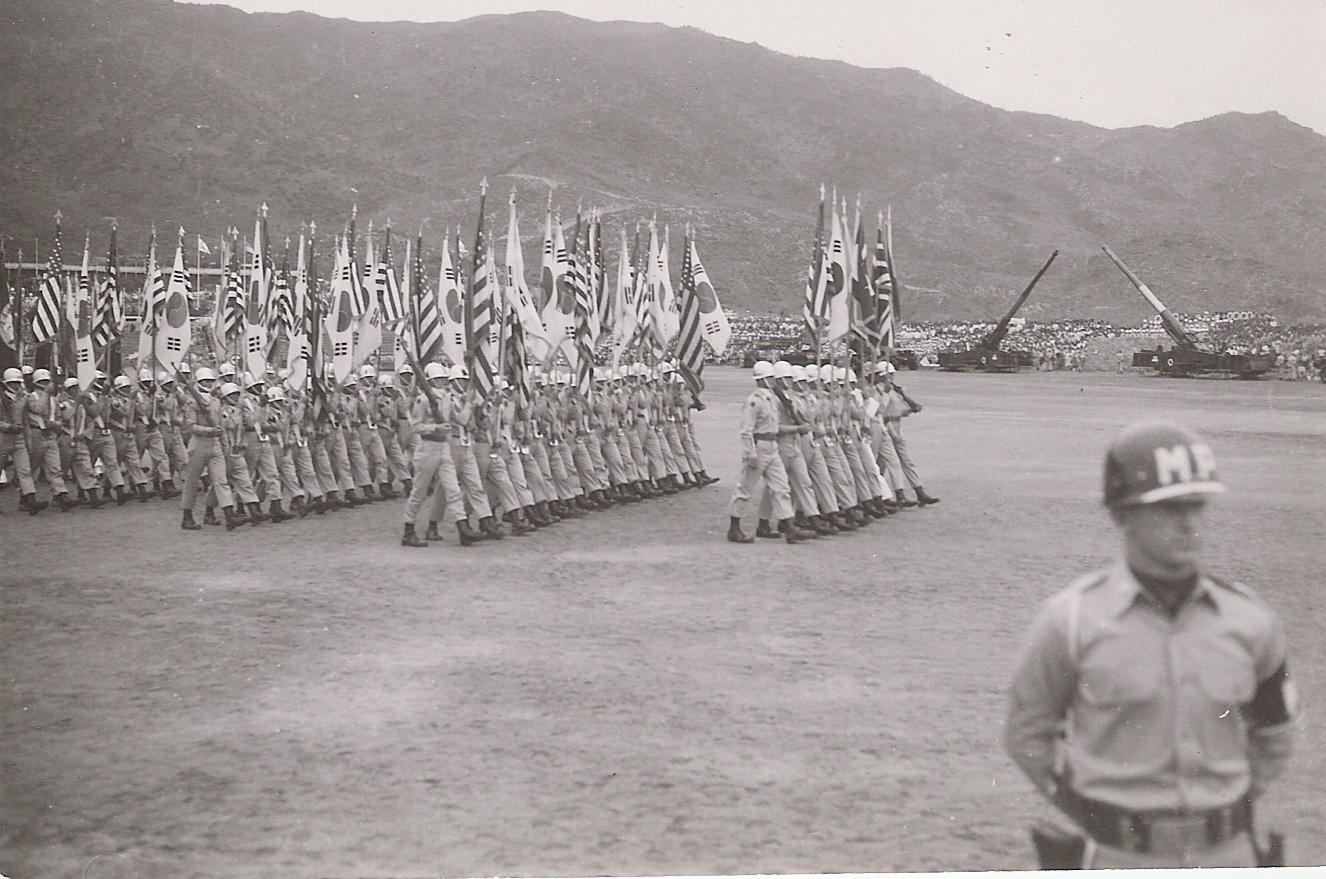 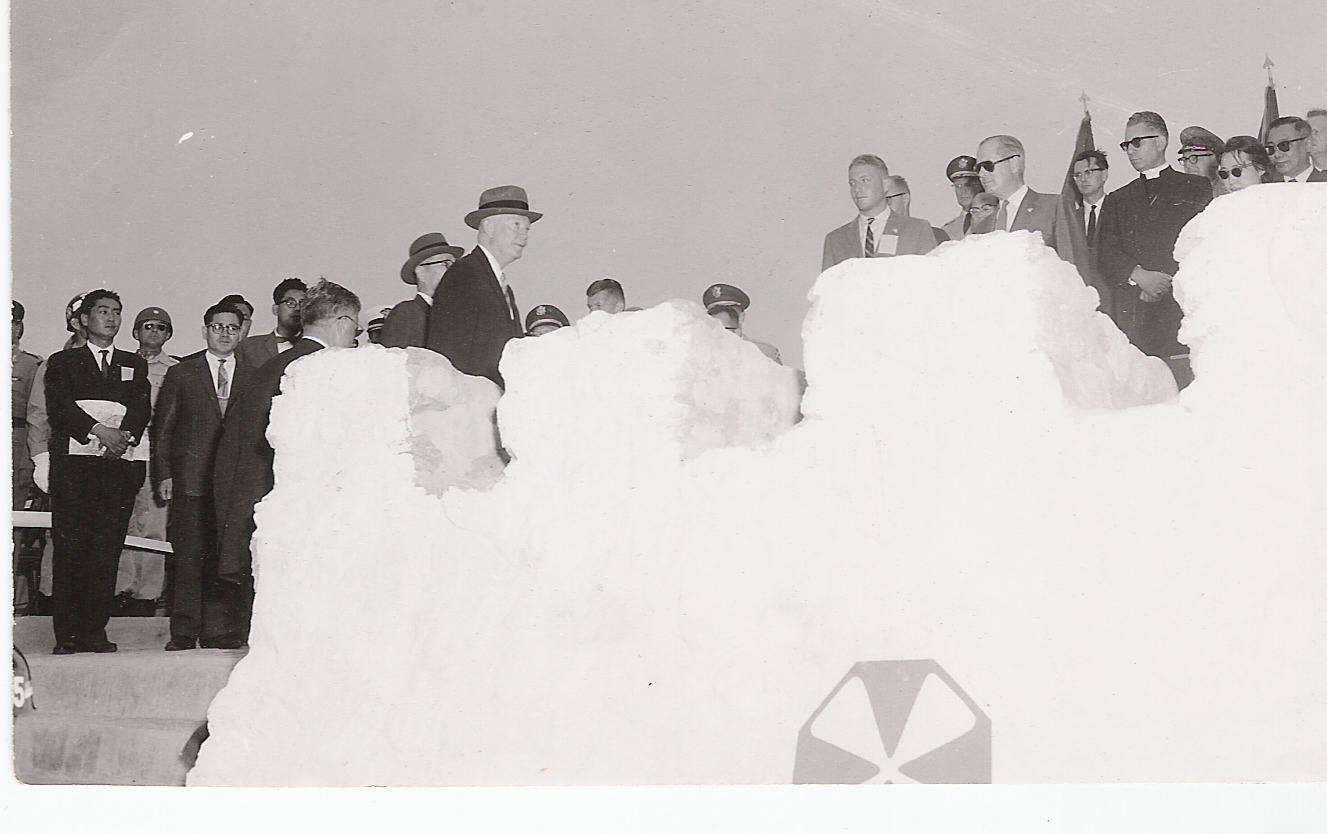 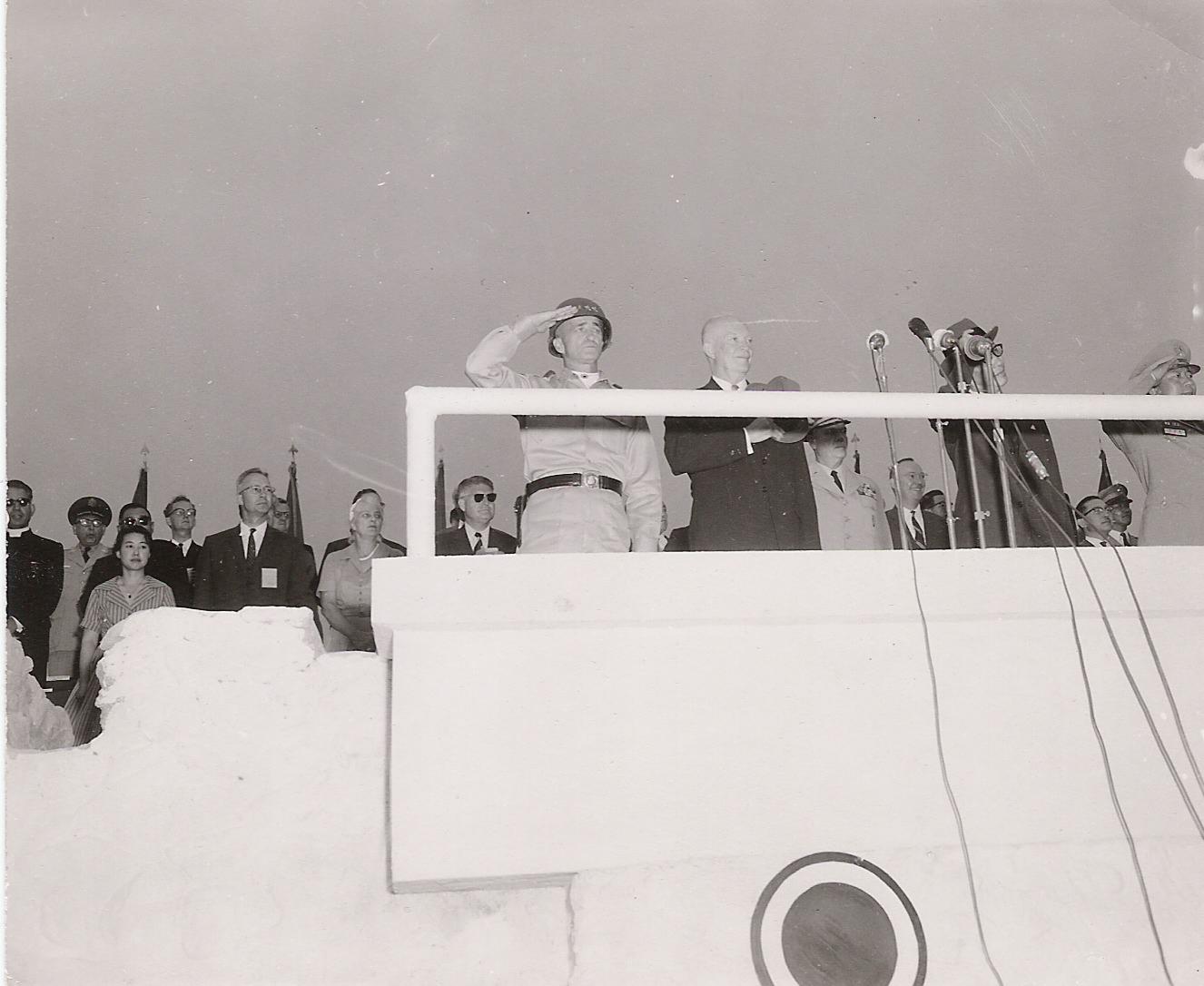 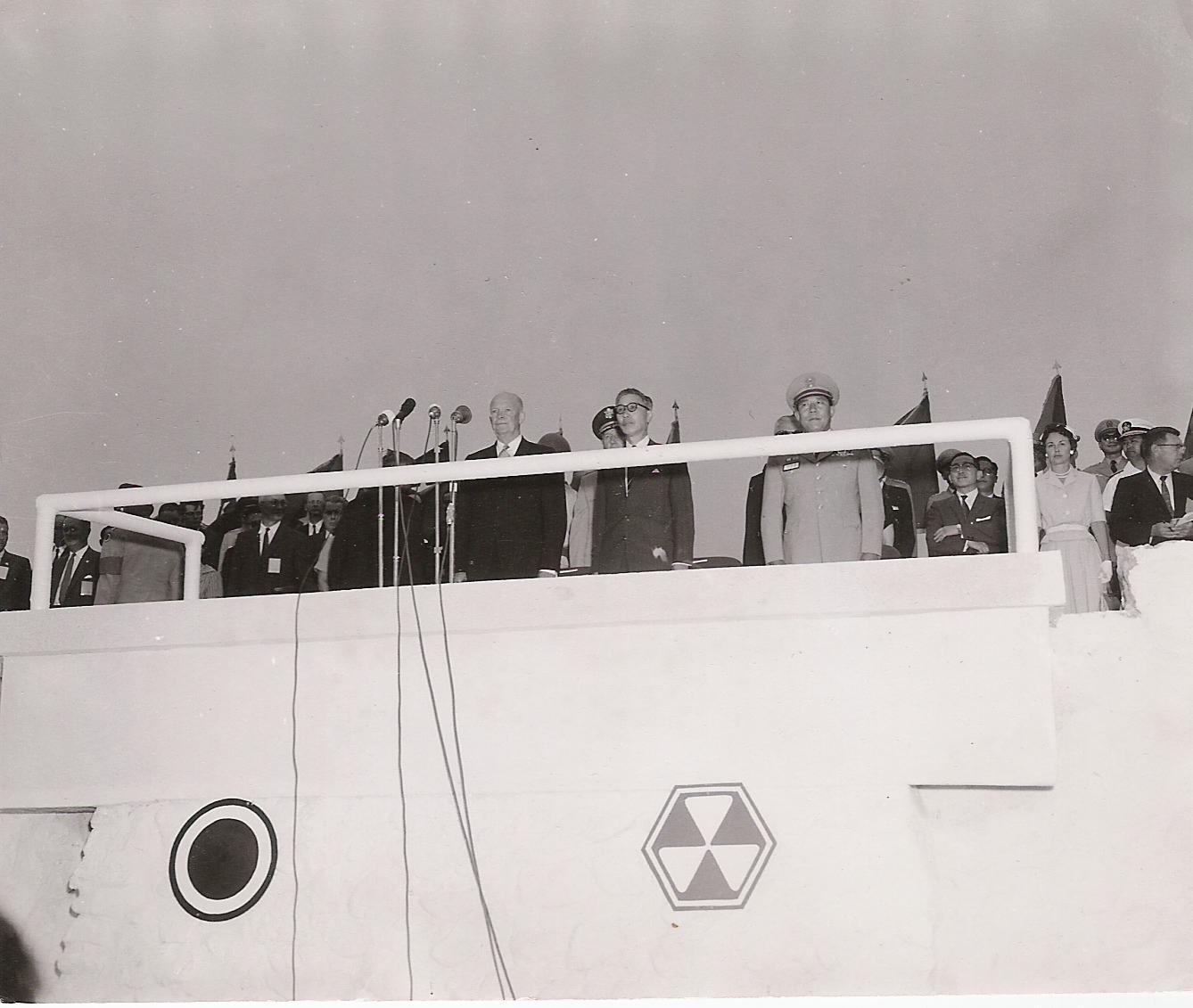 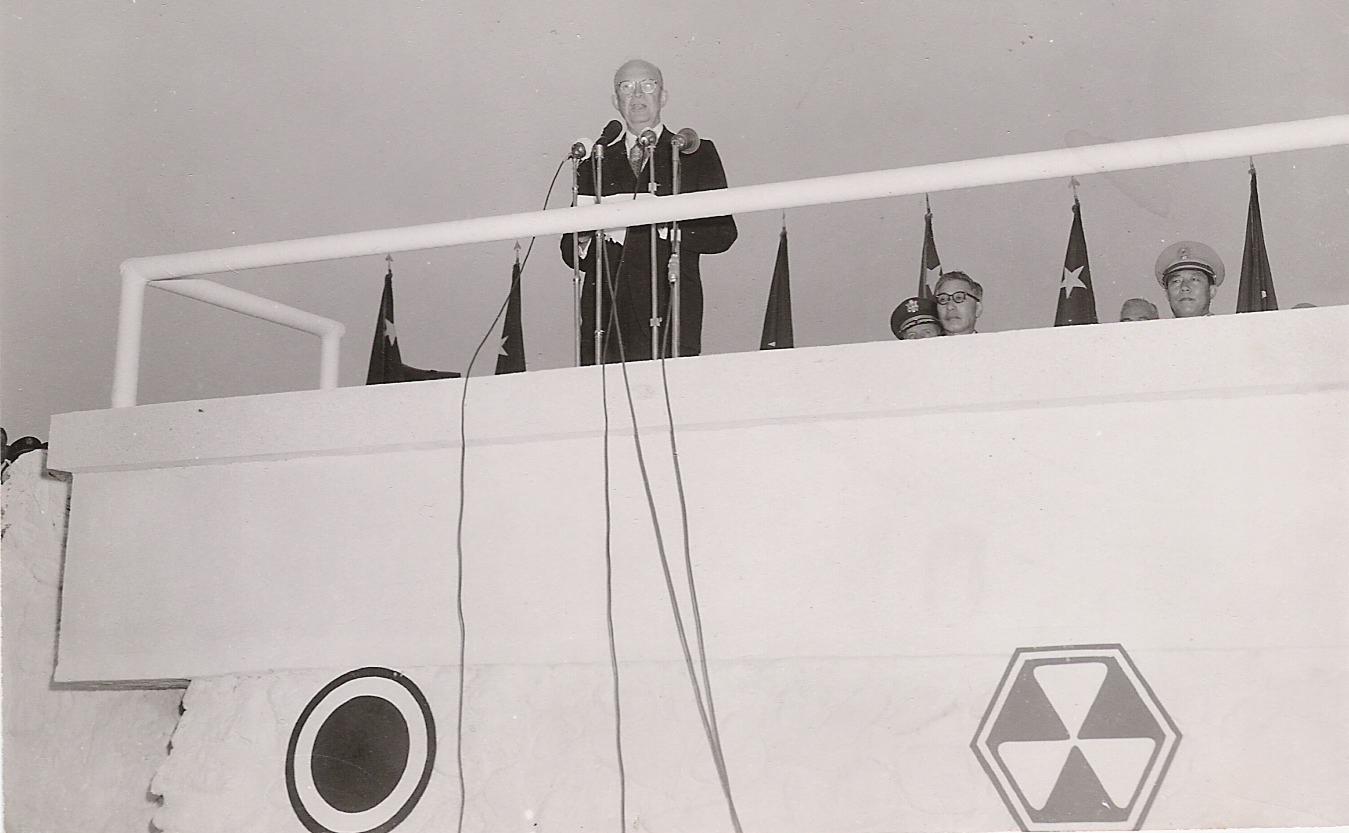 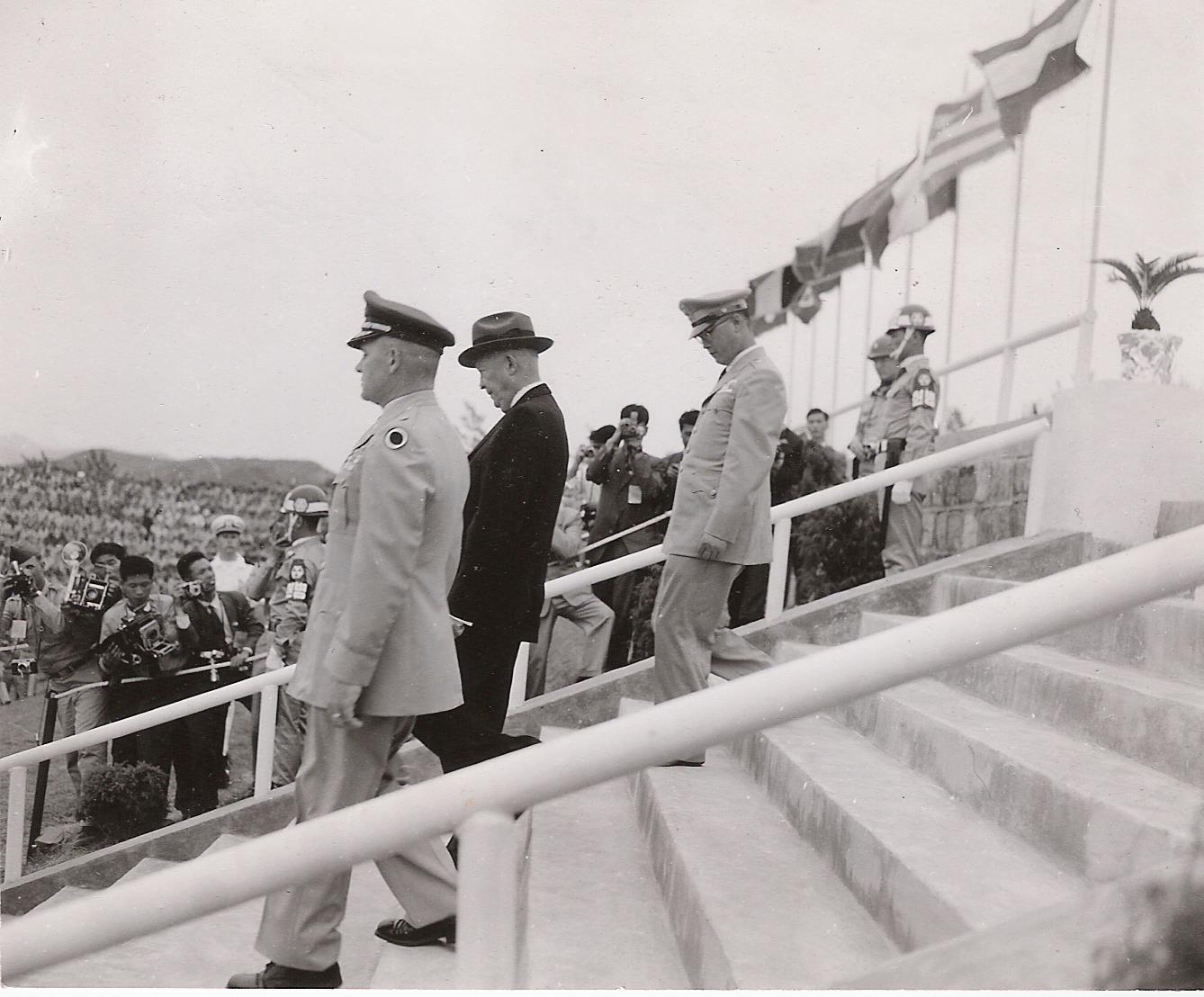 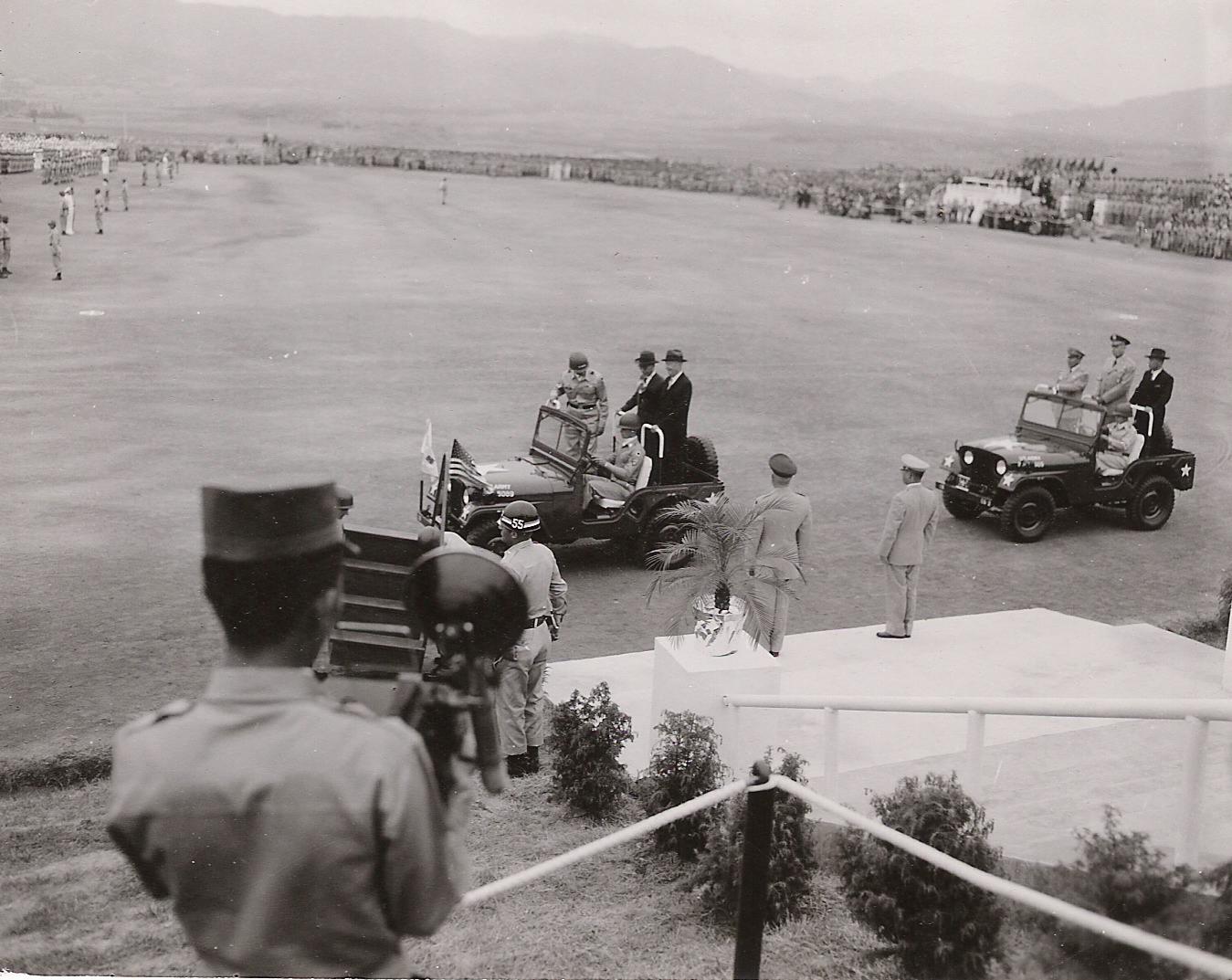 Back to the Baylor County TXGenWeb homepage