We are closed Sundays, Mondays, and all of August 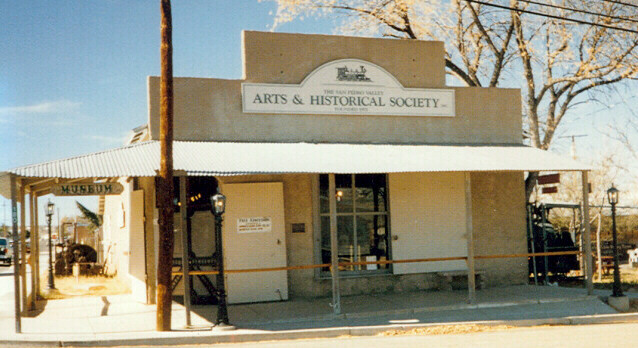 Benson is located in the San Pedro River Valley of Cochise County, Arizona. Named for Judge William A. Benson, Benson is 50 miles north of Bisbee, 35 miles west of Willcox, and 45 miles east of Tucson via Interstate 10.

The area is rich in history. In 1540, Coronado followed the San Pedro River to just south of present day Benson. In addition, the Butterfield Trail crossed the area and a stage station was built one mile north of present day Benson. The area that would become today's Benson was chosen as a site to cross the San Pedro River by the Southern Pacific Railroad. The railroad reached this area on June 14, 1880 and the Benson Post Office was established on July 26, 1880. The freight depot was as big as the one in Tucson and a roundhouse was used to store auxiliary locomotives that were used to assist the trains up the steep grades surrounding Benson.

Copper and silver ore were brought to Benson via wagons and shipped out on the train. A smelter was operated off and on between 1881 and 1909. A series of artesian wells were drilled in the 1890's and this increased the number of cattle and crops raised in the area. The population of the town was transient and law and order was lacking in the early days. Over the years, Benson has had its ups and downs having been hit by three major fires and a major flood. The population of Benson dropped to around 900 during the depression of the 1930's. 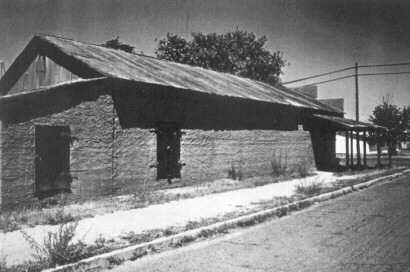 Original building before renovations and seen from the side

Our museum building was built circa 1922. W. D. Martinez, a grocer, was the original occupant. The building was later owned by the Steinfeld family and later the Ivey's. This sturdy little building has been a grocery, laundry, and even promoted as a great place to make soap, but that dream never materialized. It was used as a storage facility from 1937 until 1983.

In 1983, two groups, the Benson Historical Society and the Arts Group merged and purchased the building along with its contents. The original very tall front doors are a notable feature of the building. The majority of the grocery items and some of the furniture now on display were found in the building.

Today, visitors will find a nice variety of items ranging from metates and manos to sewing machines and a horsedrawn school bus for their viewing pleasure. Our museum is staffed by volunteers and we look forward to seeing you on your next visit to Benson.

Members of the Historical Society will be glad to help you with research in the Benson area. You can contact the museum by phone at 520-586-3070 or via email.